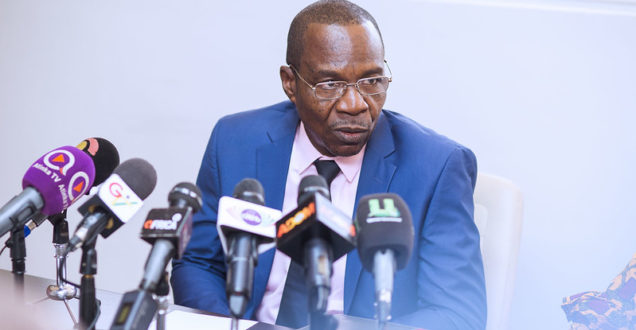 The Elections Committee of the Ghana Journalists Association (GJA) will meet next week to take a decision on the report by its Elections Dispute Adjudication Committee (EDAC) on the conduct of the Association’s elections.

EDAC, in its report released on Monday, April 25, 2022, directed the GJA’s Elections Committee to take urgent steps to initiate processes for the successful conduct of the Association’s elections by Thursday, June 30, 2022.

“The GJA elections and formal Handing-Over processes shall take place by Thursday, June 30, 2022,” the Committee directed after concluding its work on the four petitions against the Elections Supervisory Committee (ESC).

In an interview with the Ghana News Agency, Mr Osei Kwadwo Adow, the Chairman of GJA’s Elections Committee, said the Committee would meet next week to decide on the way forward.

“I just had the report. I am on my way to a national assignment and I will return on Thursday. When I return, my Committee will meet and then we will look at the report and look at the action points in it and then we proceed from there,” he said.

GJA’s elections have been embroiled in fierce disagreements and controversies over the Association’s electoral register and other pressing issues, leading to continuous postponement of the elections from 2020 to 2021 and now, 2022.

Last year, four aspirants of the 2021 GJA election, namely Messrs Kofi Yeboah, Albert, Kwabena Dwumfour, Gayheart Mensah, and Dave Agbenu petitioned the EDAC over what they described as irregularities in the electoral processes.

In their petition, the four aspirants took issue with the nomination processes and election matters; the determination of a credible GJA voters register, especially the eligibility of members to vote and issues around mandates and authority of key stakeholders in the election processes, including the Elections Committee, the GJA Secretariat and the Elections Supervisory Committee.

The petitioners also challenged the mandates and authority of an adhoc body created to facilitate the transitional processes of the Association in the wake of the legal suit against the National Executive and others by Ms Caroline Boateng, a GJA member.

In its report, the EDAC found that the GJA’s Constitution was “severely breached” leading to adverse consequences and the current stalemate.

“There was a lack of clarity in the determination of eligible voters for the next GJA elections.

Some were due to challenges against persons whose membership status was unclear. Others were challenged on grounds of non-payment of dues whether as exempted parties or not,” it said.

The Committee also found that the creation of the Elections Supervisory Committee (ESC) and its mandate lacked clarity and contravened the provisions of the GJA constitution.

“There is a lacuna in the effective management of transitional processes and provisions to guide ‘interim’ situations, especially during crises and election periods of the Association,” the Committee said.

I'm Adwenpa-Hene |Blogger & Broadcaster Journalist. I am the CEO and manager of this noble website. I publish on Entertainment, Sports, Politics, Lifestyle, and Technology. You can also follow Us on : YouTube Channel - My Ghana Media TV, Facebook - MyghanaMedia TV , Twitter - @MyGhanamedia2 & Instagram - My Ghana Media TV. Email Address: [email protected] Contact Us: 0200818719
@@MyGhanamedia2
Previous President Akufo-Addo’s Daughter, Edwina Nana Dokua Ties The Knot [Photos]
Next COCOBOD Reacts To Ablakwa On Board Of Directors’ Fees And Allowance