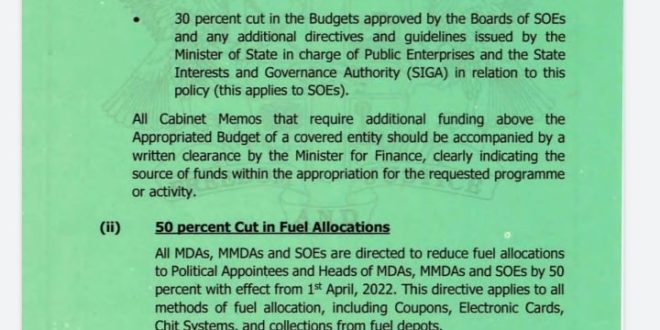 The Chief of Staff (CoS), Akosua Frema Osei-Opare has written to the Controller and Accountant General’s Department (CAGD) to begin the 30 per cent deductions of salaries of all government appointees.

President Nana Addo Dankwa Akufo-Addo earlier announced the reduction in salaries all his appointees by up to 30 percent.

This was one of the measures introduced by the government to deal with the economic problems facing the country at the moment, the Presidency said.

Mr Akufo-Addo said this during a meeting with Council of State members at the Jubilee House in Accra on Tuesday March 22.

click on the link below to view the full statement