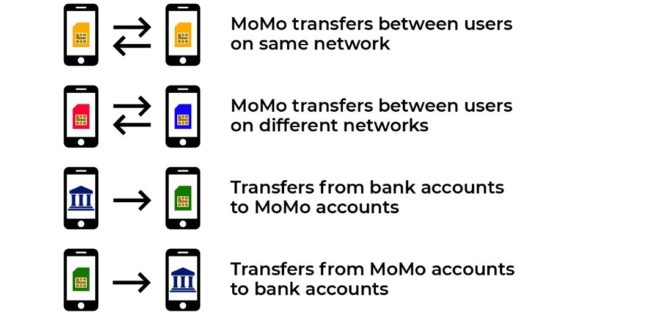 Effective today, Sunday, May 1, 2022, the government’s new 1.5% tax that affects most electronic financial transfers kicks in.

The controversial tax has been in the offing since November 2021 when, the Finance Minister, Ken Ofori-Atta announced its planned implementation in the presentation of the 2022 budget statement.

After two separate unsuccessful attempts to get it passed between December and February 2022, due to fierce resistance from the minority of National Democratic Congress (NDC) caucus in parliament, it was passed in March 2022 after the minority caucus boycotted the session.

The E-levy was initially pegged at a rate of 1.75%, but it was later reduced to 1.5% in the final approved bill among other changes suggested.

The government among other reasons cited the need to generate revenue locally due to the scourge of COVID-19 on the country’s economy, but the opposition contended that the tax will lead to untold hardship for Ghanaians as many are already burdened with other taxes.

The opposition suggested expenditure cuts by the government and the blocking of loopholes as an alternative to the E-levy.

The Ghana Revenue Authority, which is the implementing body for the new tax has been engaged in a series of meetings with the various stakeholders including the charging entities to ensure the smooth implementation of the tax.

It has also undertaken some media sensitization on the levy, but says it will be implemented in phases.

By Saturday, April 30, 2022, several commercial banks and all mobile networks had sent several tax messages and emails to customers reminding them of the implementation of the E-levy starting May 1, 2022.

“Dear Customer, kindly be informed that E-levy of 1.5% on electronic money transfer takes effect from 1st May, 2022. Thank you,” a message from AirtelMoney read.

“Dear Cherished Customer, Please be informed that E-Levy charges starts from Sunday, 01/05/2022. Please note the levy applies to electronic money transfers, including wallet to bank, bank to wallet and bank to bank transactions. Visit www.ubaghana.com for more. Thanks,” UBA also informed its customers.

The reaction to the reminders according to some persons who spoke to Citi News have been a mad rush to withdraw funds in their mobile money accounts with some suggesting that the introduction of the E-levy would mean that they have to reduce their electronic transactions and deal more in physical cash.

This action has prompted the government to review downwards its expected revenue from the E-levy from an initial GHS¢6 billion to about GH¢4 billion. 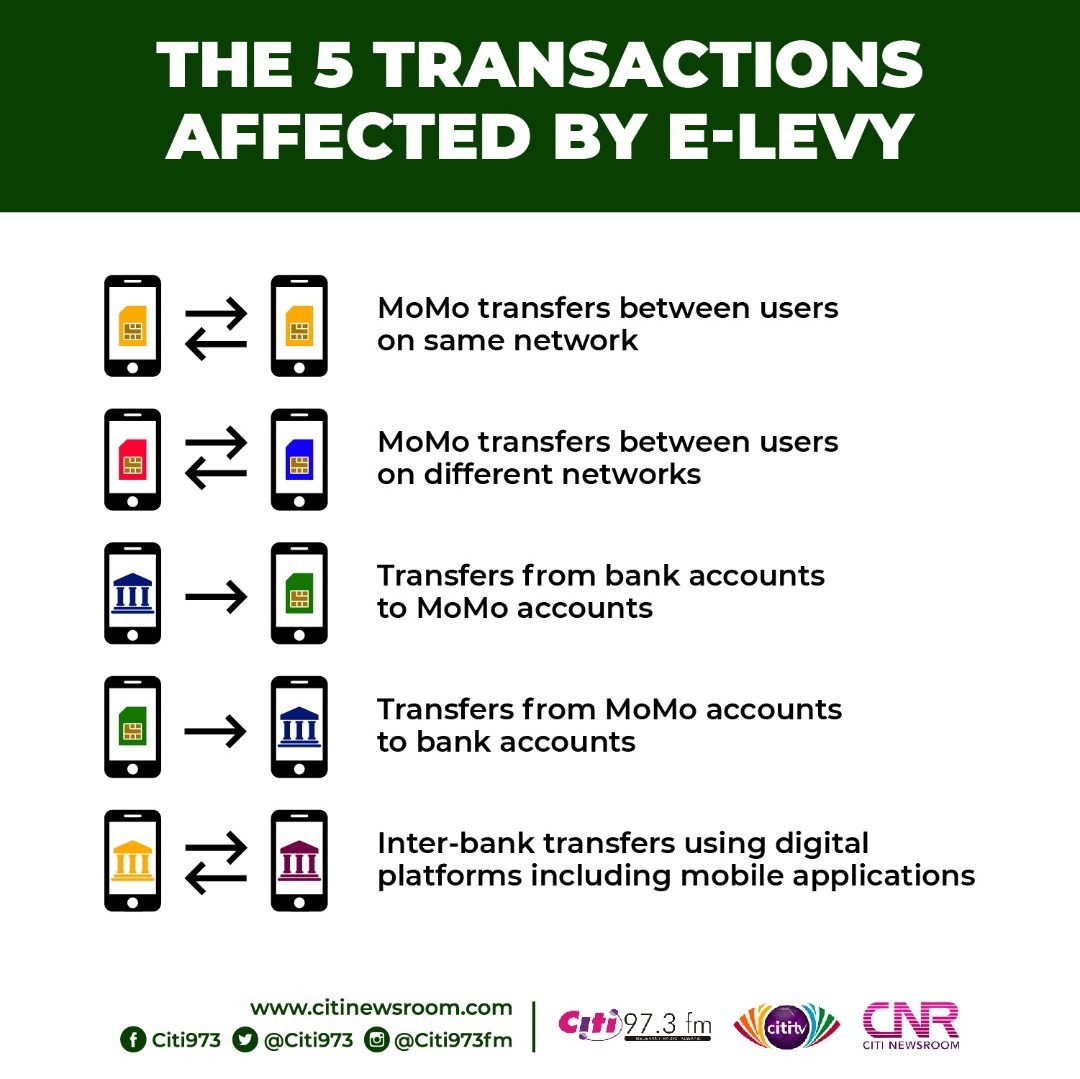