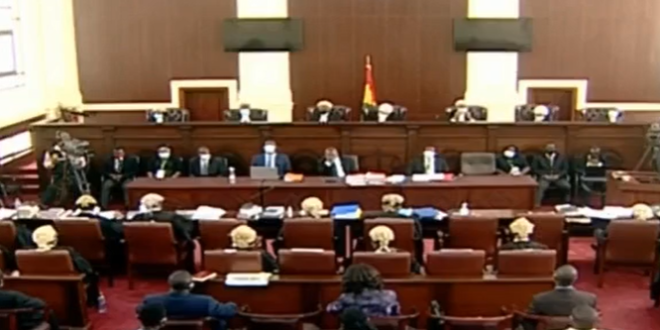 The Supreme Court  has ordered the Ghana Revenue Authority to keep accurate records of all e-levy deductions to enable a refund to payees if it is later determined that the law was passed unconstitutionally.

This was after the 7-member panel unanimously dismissed an injunction application by the Minority in Parliament to have the implementation of the controversial levy temporarily suspended until the court makes a determination on its substantive case challenging the legality of the E-levy.

The Court said the Republic would suffer a great deal if the government is temporarily stopped from deducting the levy from electronic transfers.

It however noted that mechanisms do exist within the current tax regime to refund payees who have either over-paid or wrongfully paid, and that must be taken advantage of.

The Supreme Court unanimously dismissed the injunction application on Wednesday, May 4, 2022.

The MPs, Haruna Iddrisu, Mahama Ayariga, and Samuel Okudzeto Ablakwa, filed the injunction application on Tuesday, April 19, following the passage of the bill on Tuesday, March 29, 2022, despite a walkout by the Minority MPs.

They had sought to stop the government from implementing the levy until an earlier case they filed to challenge the passage of the law was determined by the apex court.

The Minority MPs contended that the legal threshold for passage of such a bill was not met before it was passed.

Meanwhile, the Ghana Revenue Authority has already started implementing the 1.5% charge on mobile money and other electronic cash transactions.