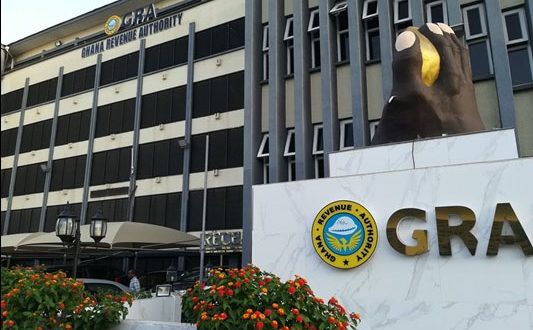 The Ghana Revenue Authority (GRA) has begun refunding wrongful deductions from mobile money users, a few days into the implementation of the Electronic Transfer Levy also known as E-Levy.

Some members of the public complained of what they described as excess charges after carrying out mobile money transactions below the GHC100 threshold.

The first day of the e-levy implementation was defined by technical snags including the deduction of the 1.5 per cent levy on transfers even below the stipulated baseline of GH¢100 while others were overcharged.

Many of the affected persons, from various mobile networks and banks, took to social media to complain and show screenshots and messages they had received with calls on the GRA to do the needful

Confirming the refund, Patrick Frimpong-Danso, Office of the Commissioner for the Domestic Tax Revenue Division (DTRD) of the Ghana Revenue Authority
told Accra based Peace FM that they have refund the momo cash to over 120, 000 people who were wrongfully deducted on the first day of the implementation of the e-levy.

×
“So far we’ve made refund to over 120, 000 people who were wrongfully deducted as in charging them for e-levy although they have not crossed the GHC100 thresholds on the first day of the e-levy implementation”, he stated.

He said GRA has intensified education on the implementation of the e-levy in churches, lorry parks among other places.

Prior to the refund, GRA assures Ghanaians that wrongful deductions made on electronic money transfers on the first day of the E-Levy implementation would be refunded.

According to the Head of Project Management Unit at the GRA, Isaac Kobina Amoako, the reimbursements would be done after the claims have been investigated and ascertained.

According to Mr Amoako, the authority had received the complaints from some charging entities including the banks and telecommunication companies, but a daily report would be generated on all transactions for redress.

“The feedback we got from one of the charging entities is that the configuration for off-net for less than 100 and below is being charged which is in two folds.

“The first fold is that, 100 and below whether on net or off-net does not attract E-Levy irrespective, but at the moment it’s a technical hitch. So it will be rectified automatically once the transaction is detected”, he said.

Mr Amoako explained that the Authority would run daily reports for all transactions below GH¢100 that were exempt from the levy and the charge would be reverted.

“The customers don’t need to do any intervention. If indeed the investigation shows that it was the first hundred cedis or below for the day, the amount will be refunded”, he said.

Mr Amoako also explained that the challenge faced was as a result of the lack of a connected platform that would host the various charging entities as currently, the charging entities; Telcos, Banks, Payment Service Providers (PSPs) and specialised deposit-taking institutions; were charging from their individual systems.

“In our engagement with the charging entities, we were going to go with a (project) where everybody was expected by May 1, to connect to a common platform and start charging using the common platform.

“But at the last minute, we realised that some of the charging parties came to us that they needed an extension so they can fully configure their system to connect to the common platform”, he said.

Since Sunday, all electronic money transfers that are done in a day and above GH¢100 are attracting a 1.5 per cent levy in line with the E-levy law which is expected to raise GH¢4.5 billion annually to support development projects.

The E-levy bill was passed on March 29, after the Minority caucus staged a walkout in the middle of sitting. The caucus is in court challenging the passage of the E-levy bill.