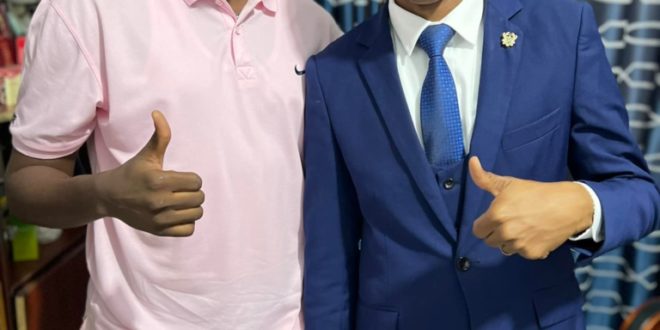 In 2016, the future looked bleak for young Lawrence Selorm Attipoe. At age 19 and a Level 200 student at the University of Professional Studies, Accra (UPSA), he was being accused of robbery, indecent assault, and defrauding by false pretences.

But fate had different fortunes for him. Because he was genuinely innocent, his father reached out to Member of Parliament for Medina and  Human Right Lawyer, Francis Xavier-Sosu for assistance.

Sharing the story on Facebook, Mr Xavier-Sosu said upon seeing the young lad, he “looked very innocent but so afraid.”

“I introduced myself as a friend of the Court and forcefully argued for his bail but never saw him again since I was not actively engaged as the substantive lawyer for him,” Mr Xavier Sosu wrote.

After spending six months in and out of the Circuit Court, Selorm revealed in a mail he recently sent the Madina MP that he got acquitted and discharged of all the charges because they were false.

“I endured the humiliation, deferred my course, and later went back to school to graduate with Honors. I did my National Service with GRA and after Service, I am currently with my mother doing food business,” Selorm said in a mail.

This inspirational story, Mr Xavier-Sosu revealed brought him to tears.

“This reinforces the fact that little acts of kindness can change many lives,” he added.

The Madina legislator also used the Selorm’s story to encourage all and sundry, particularly the youth to be steadfast.

According to him, “everyone can rise above his or her challenges to become an achiever.

“Today, as a 24-year-old graduate, Selorm is desirous of changing the narrative of his life and the life of others with his story, a story of which I am pleased to have been a part.

“Selorm’s food business is “Ghana 5 Star Food” and you can support him by placing your orders,” he said.

I'm Adwenpa-Hene |Blogger & Broadcaster Journalist. I am the CEO and manager of this noble website. I publish on Entertainment, Sports, Politics, Lifestyle, and Technology. You can also follow Us on : YouTube Channel - My Ghana Media TV, Facebook - MyghanaMedia TV , Twitter - @MyGhanamedia2 & Instagram - My Ghana Media TV. Email Address: [email protected] Contact Us: 0200818719
@@MyGhanamedia2
Previous Cooking Services In Beneficiary Schools Begin On May 16 – Management of GSFP
Next Ashanti Region: 4-tier Suame Interchange Project To Begin By September This Year – MP Hints