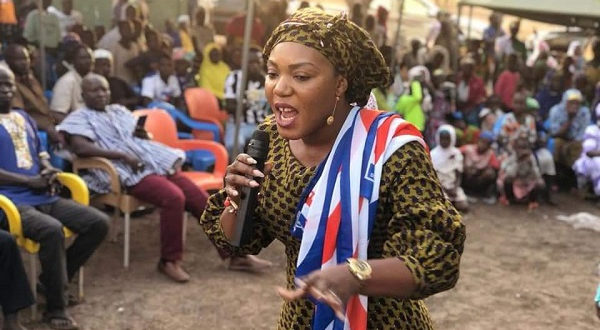 The governing New Patriotic Party (NPP) seems to be in fresh trouble as a viral audiotape on social media threatens to reignite the main opposition’s allegations involving the wanton dissipation of covid funds by the government.

In an apparent attempt to fend off attacks from some elements of the party concerning the brewing confusion over some party funds, the former 2nd Vice-Chair for the NPP in the Northern Region, Madam Felicia Tettey, per the audio making rounds, strayed into recounting how the Akufo-Addo-led administration shared COVID-19 funds to NPP apparatchiks.

Reacting to the widespread claims against her, Madam Felicia Tettey dared to square up with elements within the party wrongly accusing her of blowing the supposed polling station executives’ cash. The sum in contention, according to her, was part of the Covid funds allotted to the ruling party officials in the constituency and the region.

“If somebody closes his eyes to damage you, there is nothing like you’re above responding to such a person. That one de3 I will not take it, I will also have to come out to explain myself, if that makes me a bad leader fine, but I will have to explain myself and I know there are discerning people on this platform who will listen and do their own investigation…

“So I called them(constituency executives) to a meeting, and I told them that, fine, for me, I am going to add all the 100 thousand that I am entitled to, to the constituency money;I didn’t ask any executive to add his money to what I was going to give to the women. I handed over the forms and everything to the team and we went round and we did the disbursement.

“The next thing was I have taken polling station executives’ money and I want to spend. That money! my hundred thousand, not even one that I filled for somebody in my house, not even one that I filled for a member of my team. Secretary, Karambaa, Poloo, Chairman, they were in charge, after that the form and everything was not given to me. They sent it straight to the regional Secretary, and Regional Secretary sent it to Accra directly. So my brothers, where did I spend the money, when I even added everything, not even a pesewa I took from it. What kind of propaganda is this? So please let’s learn to tell each other the truth. You may not like me, but if you are talking about the things I have done, talk about the truth. If you respond with lies, I’ll come back and counter because I will not keep quiet. It’s only a dead body that you can lie on, I’ll not keep quiet to say that a leader, de3 You don’t have to talk, and somebody is always destroying you. I’ll talk and explain to the level-headed people on the platform.”

This comes in the wake of Speaker of Parliament, Alban Bagbin’s action summoning the Finance Minister Ken Ofori-Atta before the House with details of utilisation of all funds received in the name of the Covid-19 pandemic.

It follows the shooting down of a 75 million Euros loan agreement between Government of Ghana and the European Investment Bank, EIB for Covid-19 health response Ghana Project.

Minority members led by the ranking member for the finance committee Cassiel Ato Forson have questioned failure of the finance minister to properly account for funds received in the name of the pandemic so far.

Listen to the Audio