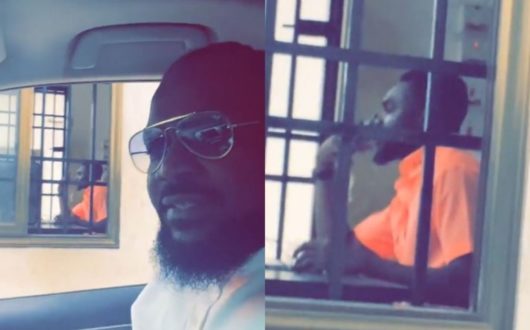 Dancehall artiste, Samini, has bowed to public pressure against a tweet he made on Friday, June 10.

The musician, born Emmanuel Andrews Sammini, had posted a video from his vehicle while filming a security man at his post at the University of Ghana.

According to Samini’s narration, the young man refused him entry because he did not have his electronic card to grant him access as stipulated by the University’s regulations.

In the Twitter post, he explained that “I have 2 passes,1 for my bikes 1 for cars. Unfortunately I switched cars and left my pass ..come and see Chirman of gatemen association ooo. Let’s make him popular eeh. The #gatechairman of Legon campus. You do all. eventually some sensible security come to beg Chirman for me.”

It is unclear when the incident took place but the musician added that he was eventually granted access by another official who chanced on the development.

However, reactions to the tweet which was posted on Friday have not been pleasant on the artiste’s part.

It seemed that the effort to court disaffection for the security official seems to have backfired.

In a barrage of responses, social media users rather called out the public figure for displaying a false sense of self-entitlement.

Others lauded the official for standing his ground, despite the person’s status as an icon.

He subsequently expressed remorse for his action and apologised “to the young man doing his job.”

“After my post about the incident at the security-gate I’ve realized majority of you advised that I should have done the right thing.Nothing makes my case right regardless of how many cards I have and how upset I got .#nocardnoentry Apologies to the young man doing his job,” he said.