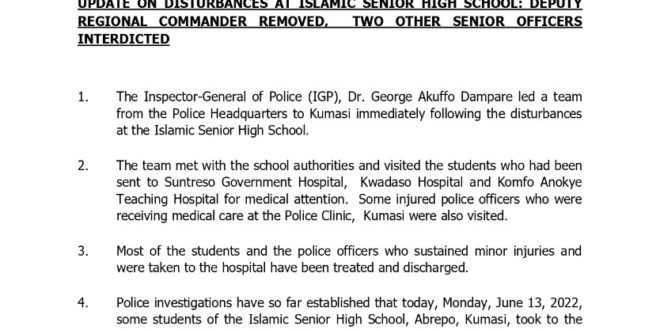 Two other senior officers ACP George Ankomah and ACP Alex Cudjoe Acquah, the Suame divisional commander were also interdicted after the IGP visited the school to sympathise with the students.

At least 25 students were injured when the police fired warning shots and used pepper spray to disperse them while protesting against carnage on the main road leading to the school. The students mounted roadblocks in protest of a speeding vehicle that knocked down a teacher of the school over the weekend.

Below is the full police statement: 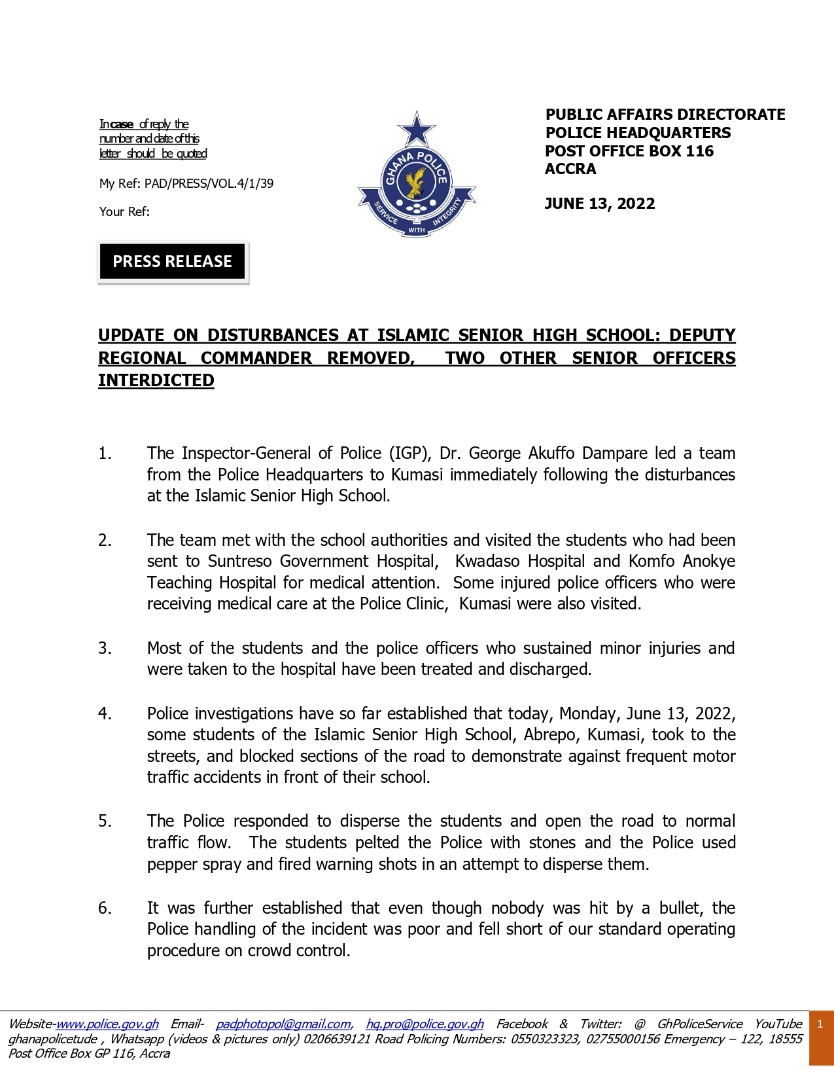 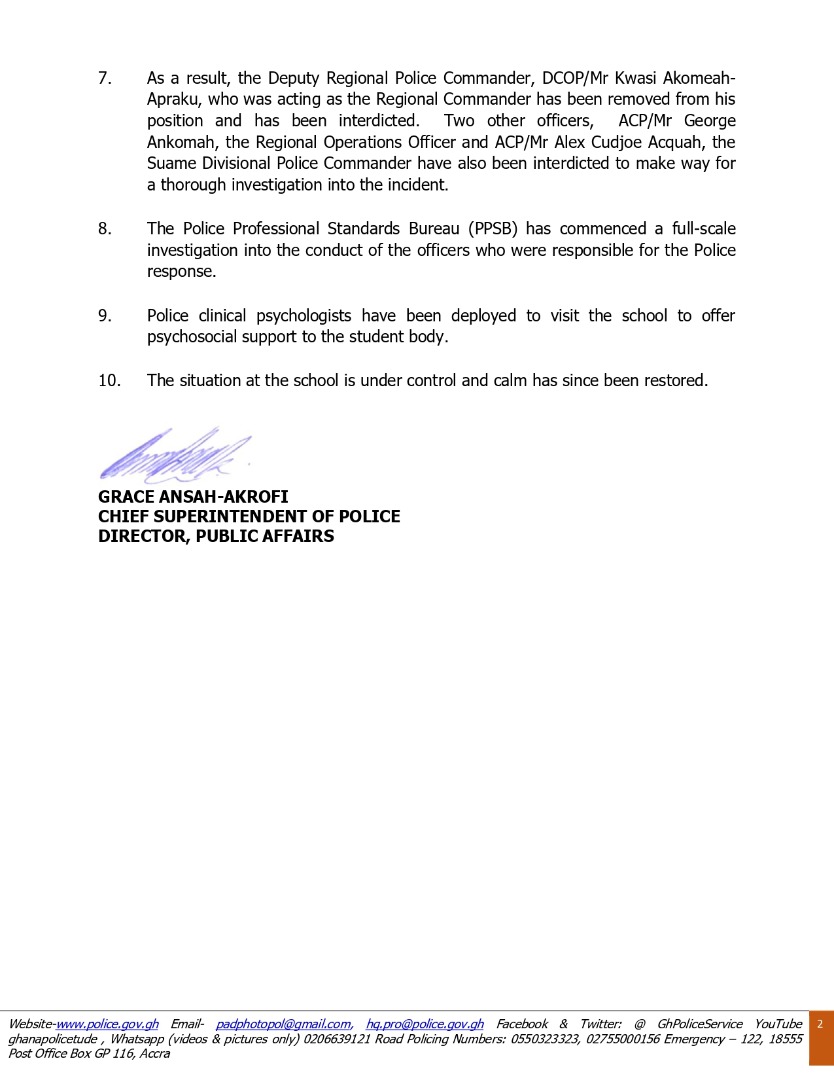 There was vehicular and human traffic on that stretch for more than an hour before the police were called in to clear the road, reports Jonathan Ofori, the Ashanti regional correspondent of Asaase News.

Academic work has been grounded as parents frequent the school to check on their wards, amid heavy security.

In an amateur video circulating on social media, students could be heard shouting: “We want justice, we need peace” as armed police men try to keep calm on campus.

watch the videos below