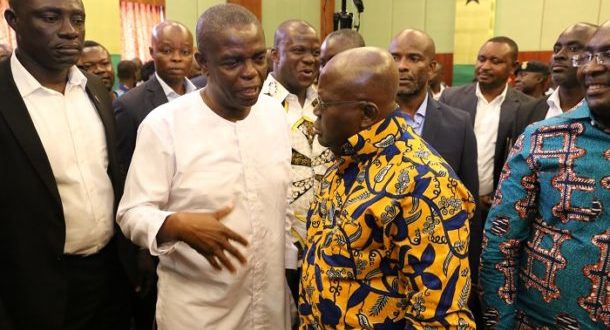 Over the months, there’s been astronomical increases in fuel prices, hence burdening commercial and private drivers and passengers.

The prices currently stand at over 10 cedis and 12 per litre for petrol and diesel respectively.

However, the government blames the Ukraine/Russia war for the fuel price increases.

William Owuraku Aidoo, a Deputy Minister of Energy, has said that the recent surge in prices of petroleum products in the country is due to the conflict in Eastern Europe.

According to a publication on pulse.com.gh, Mr. Aidoo, in an adress before Parliament, stated the government’s hands are tied in intervening because of the deregulatory regime.

“Sanctions and boycotts on petroleum exports from Russia, a major exporter especially to Europe, are reducing availability even further and intensifying upward pressure on fuel prices. Under the current deregulated regime in Ghana where govenrment is not responsible for determining the prices of petroleum products, prices on the global market and the depreciation of the Ghana cedi against the US dollar are passed on directly to the end-consumer,” he said.

Also according to the Deputy National Communications Director of the governing New Patriotic Party (NPP), Richard Asante Yeboah, Ghana is following the sanctions imposed on Russia by some member countries of North Atlantic Treaty Organization (NATO) and the United Nations (UN).

These sanctions, he noted, make it impossible for Ghana to buy fuel directly from Russia which is selling at subsidized prices to other countries.

Speaking on Peace FM’s “Kokrokoo”, Kwesi Pratt snapped at government’s explanation that the Ukraine/Russia war is the cause of the recurrent fuel price increases.

“When you go to Western Europe, it has a fuel crisis which is self-imposed. They have placed sanctions on Russia. They are the ones saying we can’t pay you if you bring the fuel which has resulted in this crisis. Other third world countries that are still buying their fuel from Russia, they are buying it at subsidized rate; rate below the price at the Ukrainian war.

“So, if we want the fuel price to reduce, why can other countries buy petrol from Russia at a moderate price but we can’t?…Did I tell you to join the sanction regime? If you are a government and America says we should sanction Russia and you know when you sanction Russia, you will suffer but you do it anyway, what are you talking about?…You choose to follow America and you are suffering, then return to tell us to blame Ukriane/Russia war, are you not the one who caused it? Stop saying these things!”, he fumed.

He wondered why the Government of Ghana is not buying fuel directly from Russia when the Eastern European nation is selling her gas at subsidized price.

He noted that the Akufo-Addo government cannot blame Ukraine and Russia’s conflict because the country is purchasing fuel at the spot market price.

As if to describe the government as incompetent, he stressed it is only an “incompetent and inefficient government that will buy fuel at spot market price”.