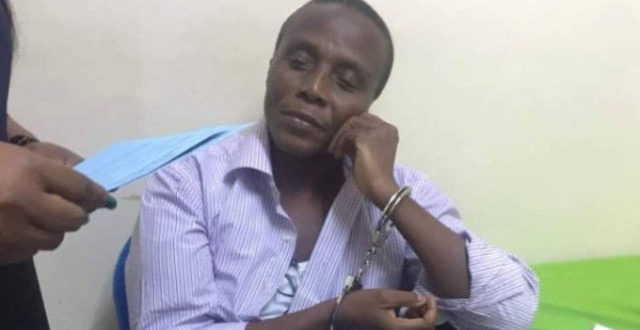 The office of the Attorney General has concluded its case in the second trial of Gregory Afoko and Asabke Alangdi, the two men accused of killing the Upper East Regional Chairman of the New Patriotic Party (NPP), the late Adams Mahama, by pouring acid on him in 2015.

The prosecution, led by Marina Appiah Opare, a Chief State Attorney, during the trial, called 16 witnesses to prove the case in which Afoko has been charged with one count of murder while the two have been charged with a count of conspiracy to murder, to which they all pleaded not guilty.

The prosecution closed its case after Chief Inspector Augustus Nkrumah, the case investigator, was discharged by the court presided over by Justice Efua Merley Wood, following a marathon cross-examination by lawyers for the accused persons.

Their respective lawyers have indicated their decision to file an application for a submission of no case to answer, in which they intend to argue that the prosecution has not made a sufficient case against their clients to warrant them opening their defence to tell their side of the story.

The prosecution’s first witness, Tofic Mutala, during his evidence-in-chief, told the court that the late Adams Mahama, while on his dying bed, had told him (witness) that should he die, it was Gregory Afoko and Asabke who killed him by pouring the substance on him.

Tofic Mutala told the court that on the day the former Upper East Regional Chairman of NPP was murdered, he had gone to a construction site where he was putting up a new hotel on the Bolga-Tamale road.

He told the court that on the night of the incident, he received a call from the deceased person’s wife who told him to rush to the regional hospital because something had been poured on the deceased.

“When I got to the hospital, I saw the late Adams Mahama lying on a bed which was wet because they had poured water on him.

He said the deceased was in so much pain and was wailing as his skin peeled off due to the substance poured on him.

Afoko and Asabke have denied the allegations levelled against them by the prosecution, as their lawyers during the cross-examinations sought to create doubt in the minds of the jury.

Marina Appiah Opare, after their last witness was discharged, read the statutory document, a document capturing the committal proceedings of the accused persons at the District Court and thereafter informed the court that they have closed their case.

Stephen Charway, counsel for Afoko, indicated that he will be applying for the proceedings to enable him have a full complement of the case in order to file a submission of no case.

Andrew Vortia, counsel for Asabke, also indicated that he should be given time to file his submission of no case on behalf of his client.

I'm Adwenpa-Hene |Blogger & Broadcaster Journalist. I am the CEO and manager of this noble website. I publish on Entertainment, Sports, Politics, Lifestyle, and Technology. You can also follow Us on : YouTube Channel - My Ghana Media TV, Facebook - MyghanaMedia TV , Twitter - @MyGhanamedia2 & Instagram - My Ghana Media TV. Email Address: [email protected] Contact Us: 0200818719
@@MyGhanamedia2
Previous Gov’t Is Incompetent and Inefficient If Petroleum Problem Is Blamed On Ukraine/Russia War – Top Journalist Jabs
Next Awutu Senya East MP Presents VW GOLF Cars To Her Constituents To Be Used As Taxis