Breaking News
Home / POLITICS / Boakye Agyarko To Akufo-Addo: Admit The Economy Is Not In Good Shape 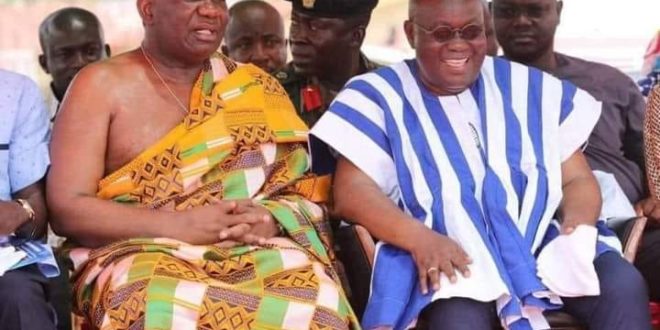 Boakye Agyarko To Akufo-Addo: Admit The Economy Is Not In Good Shape

A former Energy Minister, Boakye Kyeremateng Agyarko , says the country’s current economy is not in a good place.

Mr. Agyarko, as a result, wants the government led by the President to admit this to Ghanaians so the citizens can come on board to implement measures that will rectify the situation.

According to him, no institution or country will solve the country’s economic challenges, hence, the need to involve the people.

Speaking on Asempa FM’s Ekosiisen on Monday, June 20, he said Ghanaians are suffering from economic hardship.

“The economy is not in a good place. That is the first admission we have to make boldly. And we have to put plans in place and that calls for a collective sacrifice. Let’s share the pain. We are in a situation now where we have played so much, and now we are in dire times. We have to psych the nation for the difficulties ahead of us. We have to take our public financial management seriously and take our responsibility as citizens seriously.

“No one will come from anywhere to help us. We have to admit that we are living above our standards, we either come down or double up to meet those standards,” he said.

Meanwhile, Boakye Agyarko also revealed he currently has no relationship with President Akufo-Addo whom he served under in his first term.

He said the decision not to be on talking terms with the President is not based on hatred, but a desire to move on with his life.

“I do not have a relationship with him [President Akufo-Addo] now. No, I don’t. People get married for thirty years, and they get divorced, don’t they? …Not because of hatred.

“Me, I will never let anybody bring me so low as to hate him. I don’t hate anybody, but there comes a time when circumstances ensure that you go your way, you have to move on,” he added.

In January 2017, Agyarko was appointed the minister of energy in the Akufo-Addo administration. He was approved by parliament in February 2017. As the Energy Minister, Agyarko has supervisory responsibility for fifteen major agencies under the ministry.

Mr. Agyarko was sacked after being in office for 17 months stated that he could not voluntarily resign from his ministerial portfolio because of his excellent relationship with the President and his passion for going all out in serving his nation.