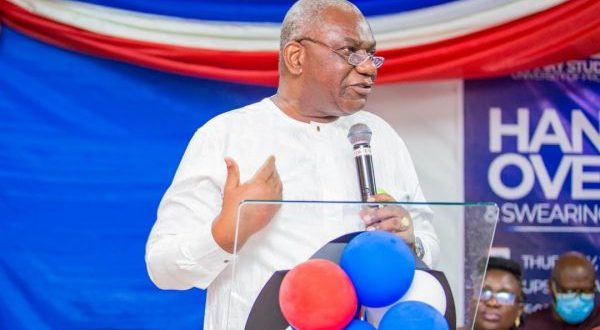 A former Energy Minister, Boakye Agyarko, says miracles are not the answer to the country’s issues.

According to the politician, the problems within the country require hard work, discipline, and time, hence, it will be imprudent to assume that a “miracle” will change the fortunes of the country.

He insisted that the onus to turn things around lies on every single citizen to contribute their quota to national development.

“Ghanaians shouldn’t expect miracles. Somehow, we are attuned to thinking that some miracle is about to happen to take us out of the woods.

“If we keep on that track, the only illogical conclusion we come to is that God is not God because He is not performing miracles. But He is doing that every single day, but we have the responsibility to ourselves as a people to see to our own development,” he opined.

Speaking to JoyNews, he said the orientation is holding the nation back and must be changed immediately.

“Once we get off this looking for miracle and discipline ourselves and take responsibilities for our own welfare, I think a lot of our problems will go away.

“The minute we keep on looking for miracles and we think it is someone else’s responsibility and think that we can do the things we do without any effect then we cannot achieve the national objective,” he noted.

Mr Agyarko who is seeking to contest in the flagbearership race of the New Patriotic Party said his major interest is to create employment.

In his view, the rate of unemployment is scary and has economic and psychological effects, therefore, he seeks to bring change.

In August 2018, Boakye Agyarko was dismissed by President Akufo-Addo following revelations that the renegotiated AMERI deal was fraught with corruption.

“President Akufo-Addo has asked Mr Boakye Agyarko to hand over his office to the Minister of Lands and Natural Resources, Mr John Peter Amewu, who will act temporarily as Minister of Energy, until a substantive appointment is made.

“The President wishes Mr Boakye Agyarko well in his future endeavours,” this was contained in the letter issued to sack Boakye Agyarko.

I'm Adwenpa-Hene |Blogger & Broadcaster Journalist. I am the CEO and manager of this noble website. I publish on Entertainment, Sports, Politics, Lifestyle, and Technology. You can also follow Us on : YouTube Channel - My Ghana Media TV, Facebook - MyghanaMedia TV , Twitter - @MyGhanamedia2 & Instagram - My Ghana Media TV. Email Address: [email protected] Contact Us: 0200818719
@@MyGhanamedia2
Previous Boakye Agyarko To Akufo-Addo: Admit The Economy Is Not In Good Shape
Next Boakye Agyarko Attacks President Akufo-Addo For Betraying Him [video]