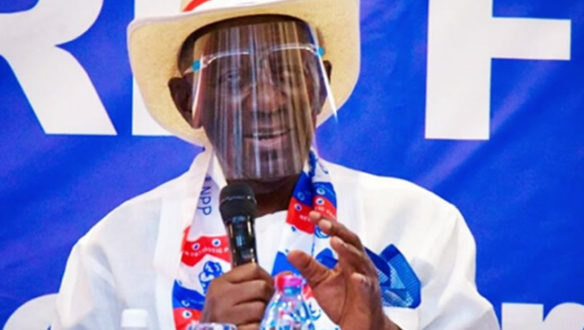 ‘I Have Not Endorsed Any Aspiring Flagbearer’ – Former President J. A Kufuor Tells NPP

According to him, media reportage suggesting that he had endorsed the Vice President, Dr. Mahamudu Bawumia’s candidacy, against the other aspiring candidates at the recent Peduase Valley Resort Father’s Day soiree had totally misconstrued what had transpired.

In a press statement clarifying the situation, the Former President explained that the media had erroneously attributed his kind words to the Dr. Bawumia as an endorsement when it was not supposed to be.
‘I have not endorsed any aspiring flagbearer’ – Kufuor

The Former President explained that when he had described the Veep as “a true son”, there was nothing political about his remarks or even the occasion.
‘I have not endorsed any aspiring flagbearer’ – Kufuor

According to him, he has a very close relationship with all of the aspiring candidates and would throw his full support behind anyone who is elected to discharge the duty of the flagbearer for the Party ahead of the 2024 elections.

“In the upcoming NPP Flagbearership race, in order to achieve party unity and sustain it thereafter for victory of the party in the 2024 elections, what President Kufuor expects from the party and political hierarchies are fair and un-engineered systems and processes that would lead to a fair selection of our next NPP flagbearer.

“This should be devoid of coercion and machinations so that the eventual selected nominee, coming out of the uncompromised freewill of the voting delegates, can easily command the support and respect of all party faithfuls, and indeed, other Ghanaians sympathetic to our cause towards ‘breaking the eight’,” the statement clarifying issues stated. 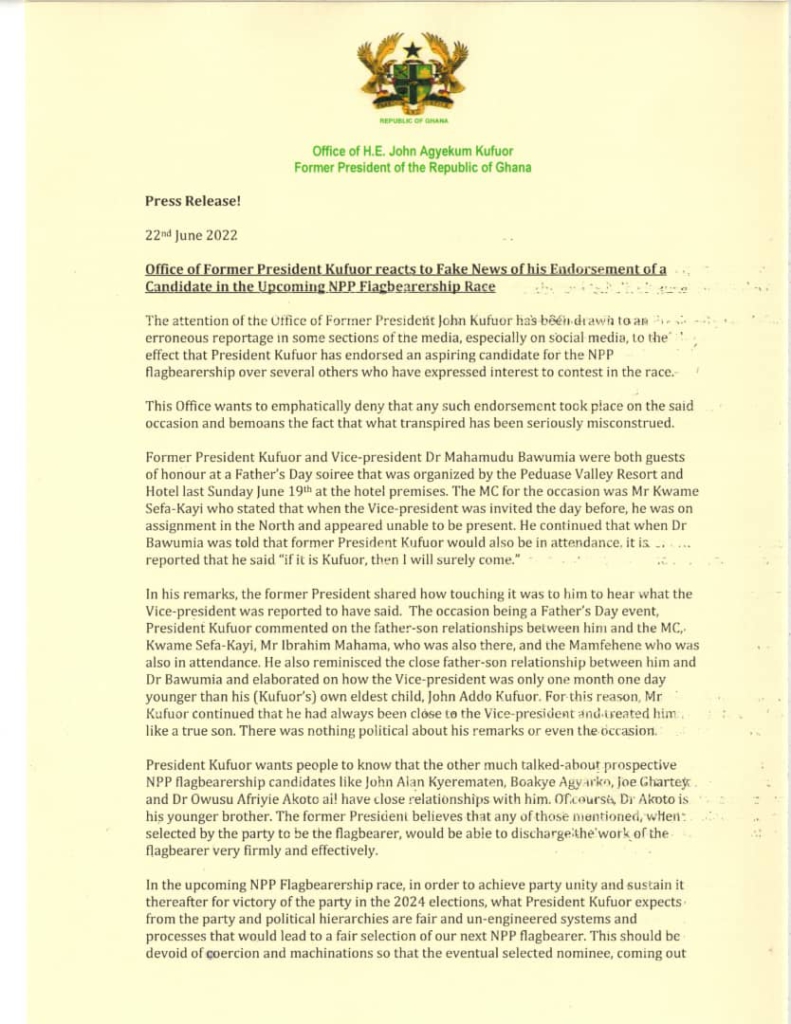 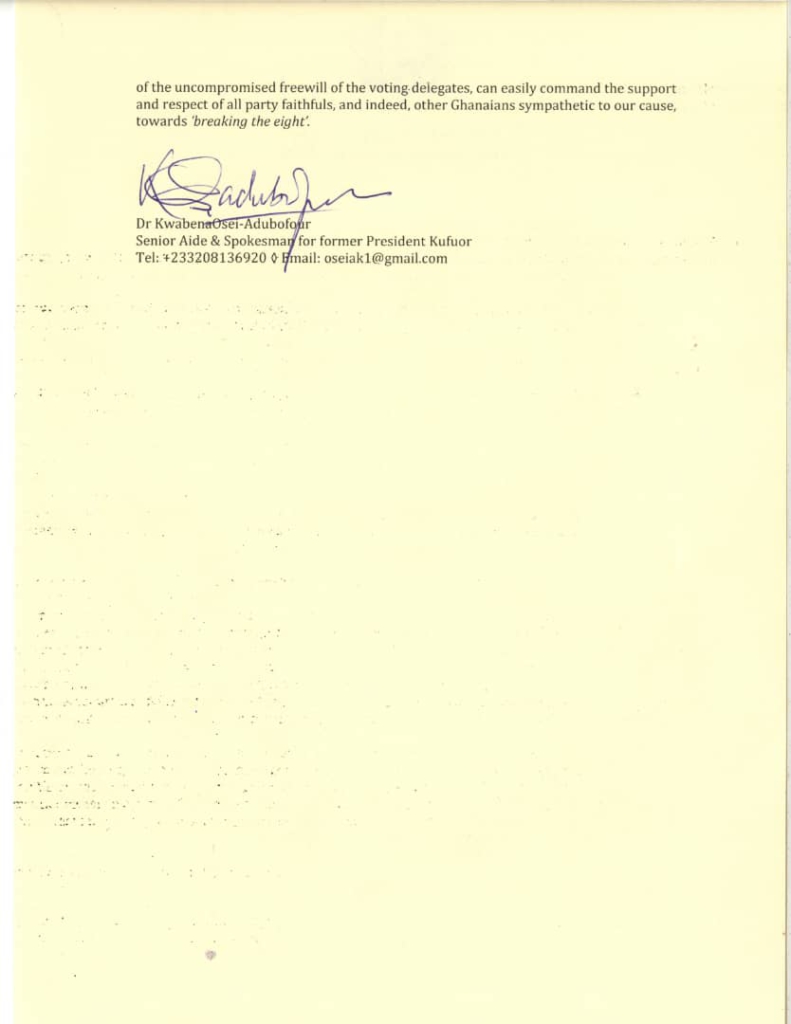 See also  Our Salaries Do Not Stay, Social Services Killing Us In The Pocket – MPs Bemoan

I'm Adwenpa-Hene |Blogger & Broadcaster Journalist. I am the CEO and manager of this noble website. I publish on Entertainment, Sports, Politics, Lifestyle, and Technology. You can also follow Us on : YouTube Channel - My Ghana Media TV, Facebook - MyghanaMedia TV , Twitter - @MyGhanamedia2 & Instagram - My Ghana Media TV. Email Address: [email protected] Contact Us: 0200818719
@@MyGhanamedia2
Previous NPP Vetting Results Out
Next GHS Worried Over Rise In COVID-19 Infection Among Children In Accra