Breaking News
Home / POLITICS / Majority Chief Whip To NDC: You Are Not Doing Enough To Preserve Legacy Of Rawlings 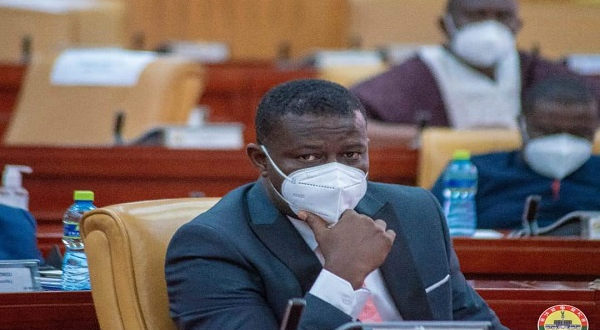 Majority Chief Whip To NDC: You Are Not Doing Enough To Preserve Legacy Of Rawlings

The Member of Parliament for Nsawam-Adoagyi and also Majority Chief Whip Frank Annoh-Dompreh has urged the National Democratic Congress to do more to celebrate the memory and principles of former President Jerry John Rawlings.

Speaking on the floor of Parliament in commemoration of his birth, he said the best way to preserve the memory and principles of the late former president was not through monuments as some had suggested, but through the preservation of his legacy.

“In my personal view the best memory will not be reflected in monuments, the best memory of the former president will be reflected in our approach as a country to instil what he stood for and for it to be probably taught in our schools and for the youth of our country to come and embrace these ideals and principles that he stood for. Monuments are not the best, will not be the best legacies and that is my strong view,” he said.

He further called on the NDC to take charge in ensuring that the legacy of the former President was preserved.

He noted that it is up to the NDC to emulate and reflect the very principles and values its founding father stood for in order for the rest of Ghana to follow their lead.

See also  ‘Most Ghanaians Feel They Have Been Hoodwinked, And This Is Manifesting In Their Personal Livelihood' – Mahama

According to him, the NDC so far has failed to reflect and preserve the values and legacies of the late former President, thus urged them to take cues from other parties that have successfully done same for their founding fathers.

“Today, from where I sit, and forgive me, from where I sit, I don’t see that on your part. The greatest respect I don’t see that on your part. For instance and I don’t want to make any comparisons, there are political parties who up to date their founders are still remembered and when they mention the tradition, they mention these four fathers and the torch blazers.

“I don’t see that and I want to urge my colleagues in the NDC, they have to help the nation to celebrate the former president. What you’re doing is not enough,” he said.