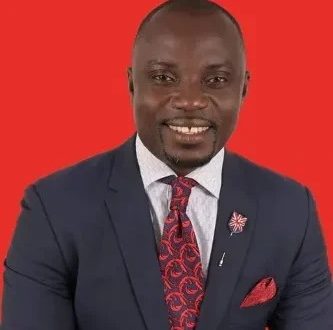 The President of Ghana, Nana Akufo-Addo has nominated Omane Aboagye as chief executive for the Juaben Municipal Assembly of the Ashanti Region.

The position has been vacant for the past six months after elected assembly members rejected a previous nominee Alexander Sarfo-Kantanka on two occasions.

He is facing the high court after the Office of the Special Prosecutor (OSP) charged him for bribery.

Some assemblymen who have since been pushing for a new nominee are elated about Aboagye’s nomination, tasking him to unite the assembly, if he is given the nod, to spearhead development.
Juaben MCE-nominee Sarfo-Kantanka pleads not guilty

The beleaguered nominee for the position of chief executive of the Juaben Municipal Assembly in the Ashanti Region, Alexander Kwabena Sarfo-Kantanka, has been granted bail in the sum of GHC 90,000.00, with two sureties.

The sureties, according to the Kumasi High Court presided by her ladyship, Justice Priscilla Odikro Ofori, must be Ghanaians, be credible and must be holders of Ghana Card. Additionally, the sureties must be justified with landed property.

At his first appearance in court on 1 June, the 26 charges of the accused person as well as the facts of the case were read to him, to which, he pleaded not guilty.

His lawyer, Kwame Adom Appiah, in his application for bail for his client indicated to the court that his client “denied every allegation of facts when he appeared before the Special Prosecutor.”

“My lord it is strange to us that the last but one paragraph of the charge sheet contains an admission of guilt on the part of the accused person because on all two occasions when my client appeared before the Special Prosecutor, he denied the allegations of corruption,” Appiah said in open court.

“We pray to this honourable court that the accused is admitted to bail. He has a fixed place of abode in the Juaben municipality and will avail himself to stand trial,” he added.

Justice Priscilla Odikro Ofori’s court in its ruling granting the accused person bail, further ruled that the Office of the Special Prosecutor should serve all documents and evidence it intends to rely on for the trial on the accused person by 22 June 2022.

The court subsequently adjourned sitting to the 29 June 2022, for the parties to hold case management conference (CMC), to set the ground rules for the trial.
The facts of the case

The facts of the case as presented by the OSP are that “in July 2021, the President of the Republic, H.E. Nana Addo Dankwa Akufo-Addo, nominated the Accused, Alexander Kwabena Sarfo-Kantanka, a farmer and the Chairman of the New Patriotic Party for Juaben Constituency, for the position of Chief Executive of the Juaben Municipal Assembly in the Ashanti Region.

The evidence will establish that, in September 2021, before the confirmation or otherwise of the Accused by a public election, the Accused visited the members of the Juaben Municipal Assembly in Juaben; and he gifted the elected members of the Assembly Five Thousand cedis (GHC5,000.00) each and he also gifted the Government appointed members Two Thousand Five Hundred cedis (GHC2,500.00) each to influence their conduct in the performance of their duty as voters in respect of the election in his favour.

The election was conducted on 29 September 2021 and the Accused failed to secure the required number of votes for confirmation as Municipal Chief Executive. The Accused was renominated for the same position by the President of the Republic on 12 October 2021.

A subsequent election for the same purpose was conducted on 1 November 2021 and the Accused again tailed to secure the required number of votes.

The irate conduct of the Accused was audio-visually recorded; and the recording went viral on Social Media platforms. The Accused admitted gifting the indicated sums of money to the respective categories of the members of the Assembly to influence the outcome of the elections in his favour. After investigations, the Accused was duly charged with the offences on the charge sheet.

I'm Adwenpa-Hene |Blogger & Broadcaster Journalist. I am the CEO and manager of this noble website. I publish on Entertainment, Sports, Politics, Lifestyle, and Technology. You can also follow Us on : YouTube Channel - My Ghana Media TV, Facebook - MyghanaMedia TV , Twitter - @MyGhanamedia2 & Instagram - My Ghana Media TV. Email Address: [email protected] Contact Us: 0200818719
@@MyGhanamedia2
Previous Majority Chief Whip To NDC: You Are Not Doing Enough To Preserve Legacy Of Rawlings
Next Henry Osei Akoto: Next NDC Gov’t Will Retrieve Every Penny From Ofori-Atta And His Cohorts