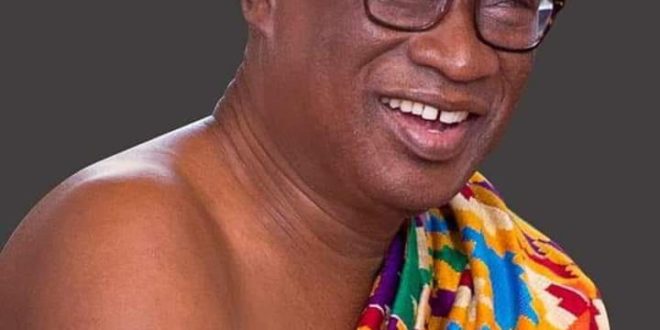 It has emerged that elders of Akonkodease Royal Gate in Offinso Traditional Area of the Ashanti Region have withdrawn the petition they filed at the Manhyia Palace, the official seat of the Asantehene, challenging the royal status of former Chief Executive of the Ghana National Petroleum Corporation, Dr. K.K Sarpong who is possible candidate to be was installed the new Paramount Chief of Offinso.

There were two Royal families, which are Ahyirem and Akonkodease. And that the elders of Akonkodease have dragged Dr KK Sarpong before the Mayhia palace with agitation that Dr. K.K Sarpong is not a true royal.

Hoverver, on Monday June 20, 2022, at the Manhyia Palace in Kumasi, the elders of the Akonkodease Roya family have withdrawn their petition on the grounds that they cannot come from the Akonkodease gate to tell the elders of Ahyirem gate the person who is a true royal because it is two separate families.

Interestingly what was left is the internal matter which has made up of some elders of Ahyirem gate who are in tacit support of the issues for which some self seeking people of Akonkodease gate are pursuing.

And for that matter, the people of Ahyirem gate who are agitating that Dr KK Sarpong is not Offinsohene are still pursuing their issue against the installation of Dr. K.K Sarpong.

This notwithstanding, the Manhyia Palace has set-up a five member committee to investigate the matter and submit their reports and recommendations

It would be recalled that a petition was sent to Asantehene Otumfuo Osei Tutu Osei ll , challenging the royal status of Dr. KK Sarpong a few weeks ago after his nomination by the Kingmakers of Offinso traditional Council.

The petition led by the Akonkodease Abusuapanin ,Nana Kwadwo Asiamah explained that Dr. KK Sarpong does not hail from offinso.

But a further consultation has revealed that Dr. KK Sarpong hails from the Ahyirem royal family with a lineage tree in the Offinso state book launched by the late Nana Wiafe Akenten ll.

This came to light after the Asanteman council sitting on Monday, June 20, led by His Royal Majesty Otumfuo Osei Tutu II at the manhyia palace yesterday.

The bigger exposé has forced the said royal family Akonkodease to redraw their petition to avoid stiffer penalties from Asanteman council as a five member committee is expected to deliver their report in a month’s time.

See also  All New Roads To Be Tolled – Finance Minister

The only issue left to settle in a few weeks is an internal family misunderstanding between the Ahyirem royal family itself.

Dr Kofi Koduah Sarpong was on Thursday, June 16,2022 sworn in as the Chancellor of the University of Professional Studies, Accra for a five-year tenure.

The former Chief Executive of the Ghana National Petroleum Corporation became the second Chancellor of the institution after it attained full university status.

I'm Adwenpa-Hene |Blogger & Broadcaster Journalist. I am the CEO and manager of this noble website. I publish on Entertainment, Sports, Politics, Lifestyle, and Technology. You can also follow Us on : YouTube Channel - My Ghana Media TV, Facebook - MyghanaMedia TV , Twitter - @MyGhanamedia2 & Instagram - My Ghana Media TV. Email Address: [email protected] Contact Us: 0200818719
@@MyGhanamedia2
Previous “I Know NDC Will Come To Power In 2024″ – Baba Atta
Next Akufo-Addo More About Legacy Than Riches; Learn From Him – Okyenhene Tasks Appointees