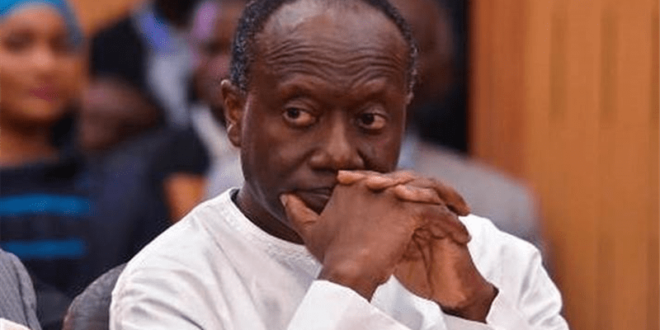 Fertilizer suppliers under the Planting for Food and Jobs programme are calling on the Finance Minister to clarify his claim of clearing some outstanding debts owed to the Agric Ministry.

They are questioning Ken Ofori-Atta’s claim to have released ¢278.57 million to the Agric Ministry as part of ¢485.90 million the Ministry asked to sustain the programme this year.

“Mr Speaker at the end of 2021 an amount of ¢86.31 million was outstanding, under PFJ Programme. This amount has now been released to MOFA for payment. This year, MOFA has requested ¢485.90 million for payment under the PFJ programme.

An amount of ¢278.57 million has subsequently been released to MOFA” Mr Ofori-Atta has added.

However, these owed partners and suppliers have said that since 2021 they have not received payment and some areas in 2020 from the implementing ministry Suppliers said, their respective Banks have been chasing them after the Minister’s presentation on the floor of Parliament because these banks think; they (Suppliers) have diverted the payment to different accounts.

‘’We are a bit confused over the Finance Minister’s presentation so we are demanding a clear explanation. Where has the money he claimed he has released gone to?” One supplier rhetorically asked JoyNews.

“How would we still drag government for our monies when the Finance Ministry claims to have released an amount to clear the outstanding debts… there are inconsistencies in his presentation so we are urging him to make things clearer for us because the Banks are chasing us for their monies too,” One supplier has added.

According to some of the contractors, they said per their checks at the Controller and Accounts Department, no money has been released for their debts.

JoyNews last month, interviewed a number of Fertilizer suppliers who confirmed that government still owes them with monies after supplying farmers under PFJ with fertilizers.

In separate interviews, Peasant farmers expressed worry over how the scarcity of fertilizers has been affecting their farming businesses since suppliers are reluctant to supply them with fertilizers.

Planting for Food and Jobs is a flagship agricultural campaign of the government, with five implementation modules.

I'm Adwenpa-Hene |Blogger & Broadcaster Journalist. I am the CEO and manager of this noble website. I publish on Entertainment, Sports, Politics, Lifestyle, and Technology. You can also follow Us on : YouTube Channel - My Ghana Media TV, Facebook - MyghanaMedia TV , Twitter - @MyGhanamedia2 & Instagram - My Ghana Media TV. Email Address: [email protected] Contact Us: 0200818719
@@MyGhanamedia2
Previous Okudzeto Ablakwa Fires Back At Presidency Over ‘Luxurious’ Flight
Next Ashanti Gold Striker, Yaw Annor Ranked 7th On FIFA’s List Of Players With Most Goals In 2022