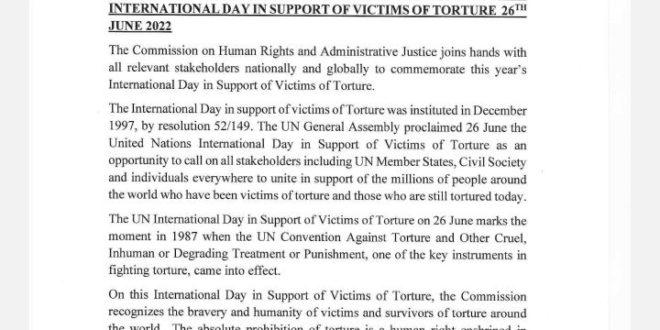 The Commission on Human Rights and Administrative Justice (CHRAJ) has called on the security agencies in the country to take steps to rid their operations of torture.

According to the Commission, the security should handle situations swiftly under the laws of Ghana without the use of torture.

“The Commission calls on all state actors, particularly the security agencies, to respect Ghana’s obligations under international law..,” portions of a statement sighted by your reliable news portal read.

The Commission’s call falls in line with this year’s International Day in Support of Torture Victims, which will be observed on June 26.

CHRAJ also called on “all persons who may have at any point in time suffered any form of torture by any person or group of persons, whether acting in a private capacity or official capacity, to report to the appropriate authorities, including CHRAJ, for investigations to be conducted and the matter dealt with appropriately.”

The statement also entreated the State to “take steps to prohibit and prevent torture, by conducting independent, impartial and effective investigations into all allegations of torture or ill-treatment.”

The Attorney-General and Parliament were also urged to take the necessary steps towards amending the Criminal Offences Act, 1960, Act 29.

It added that the Act should ensure that it “criminalises torture, inhuman and degrading treatment or punishment in accordance with the recommendations of the former UN Special Rapporteur on Torture Juan Mendez Country Report on Ghana in 2014 so as to cure the gap in the existing criminal jurisprudence and to end the impunity being perpetrated by our security services who are public officers on ordinary law abiding citizens.” 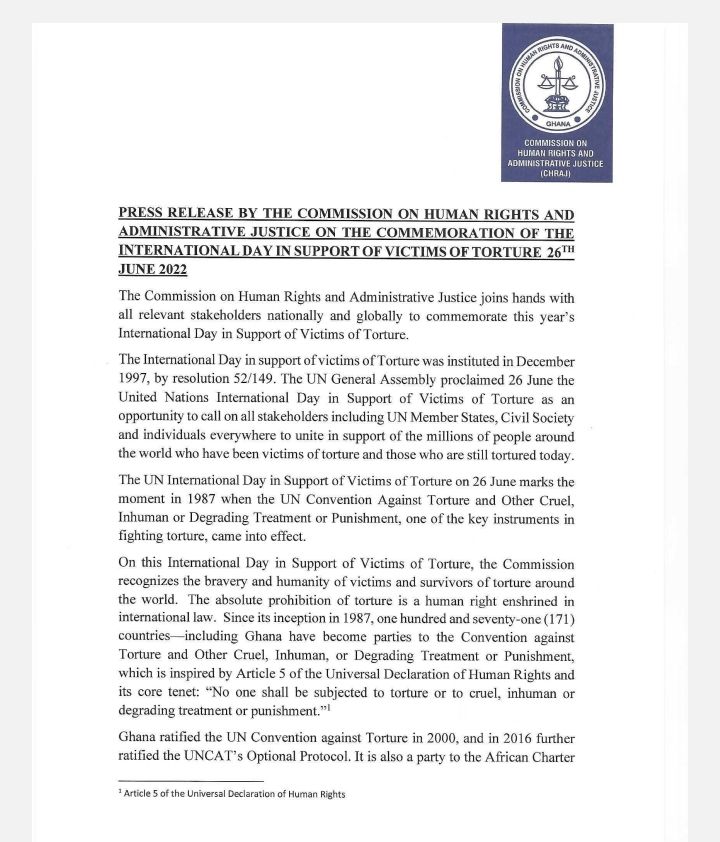 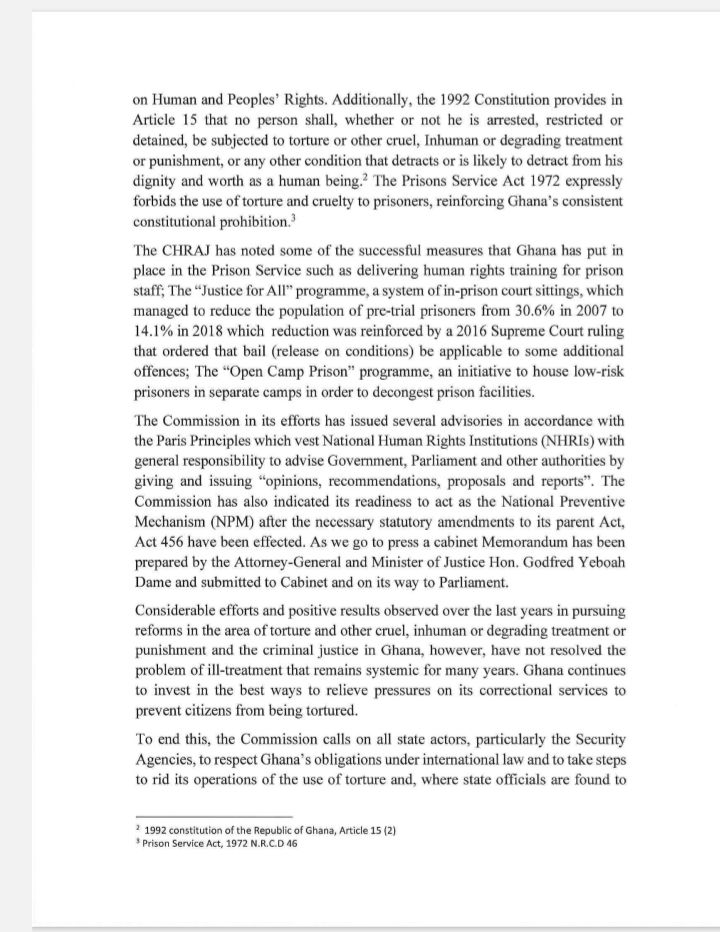 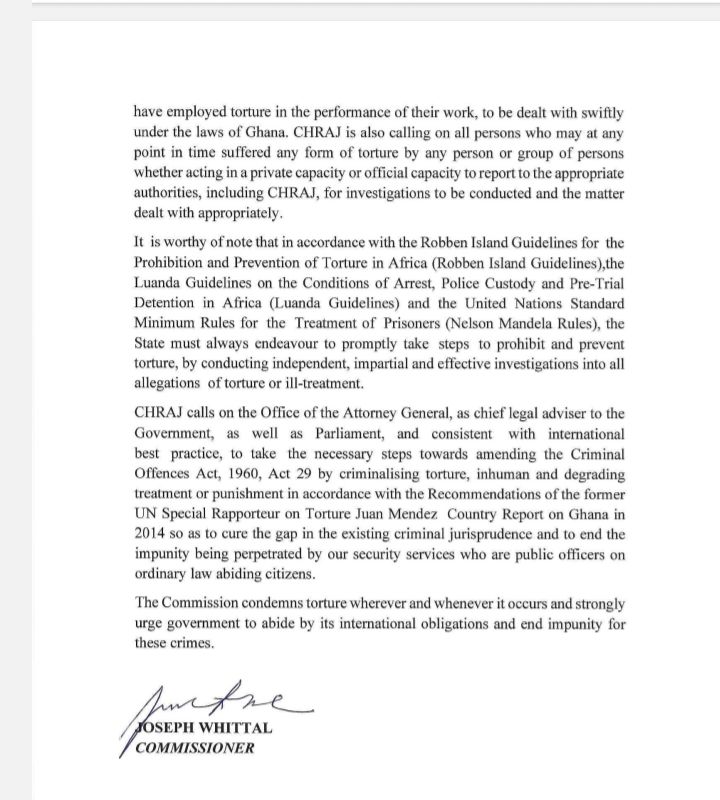