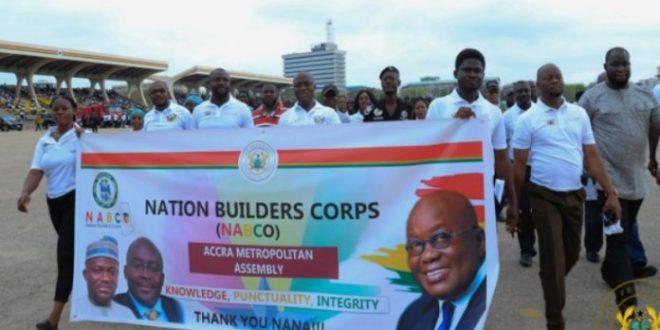 NABTAG To Gov’t: You Can’t Launch ‘Youstart’ When NABCO Allowances Are In 8 Months Arrears

A group of trainees, under the National Builders Corps (NABCO), has called on the government to halt the implementation of the YouStart initiative until members’ allowances are paid.

The group, identified as NABCO Trainees Association of Ghana (NABTAG), says it does not understand why the government intends to roll out a new policy, when their eight months allowances have not been settled.

In a statement on Monday, June 27, NABTAG indicated that as of now, NABCO trainees are struggling to survive due to the failure of government to redeem its promises to them.

The group revealed that trainees under the scheme are experiencing the brunt of the current economic hardship in the country; with many of the beneficiaries finding it difficult to make ends meet.

They, therefore, called on government to pay their outstanding allowances and work on retaining NABCO trainees as well.

“It does not send the right signal when you have not paid NABCO trainees for the past eight (8) months, which has plunged them into severe hardship, but readying for the launch of YouStart. What positive assurance can that serve to inform the public on the outlook of the YouStart?

“The president’s nonchalant attitude over the current situation is disparaging to its lowest point. We have placed several calls on him to intervene, but the issue keeps exacerbating,” a portion of the statement read.

The group also added that: “We humbly implore GES to be consummate in its processes in offering permanent appointment to Educate Ghana Trainees. The data collection exercise has been hanging far too long with no positive outcome. Information reaching [us] indicate that Ghana Revenue Authority is provisionally cushioning its trainees. We hope that the step taken will culminate in permanently placing them”. 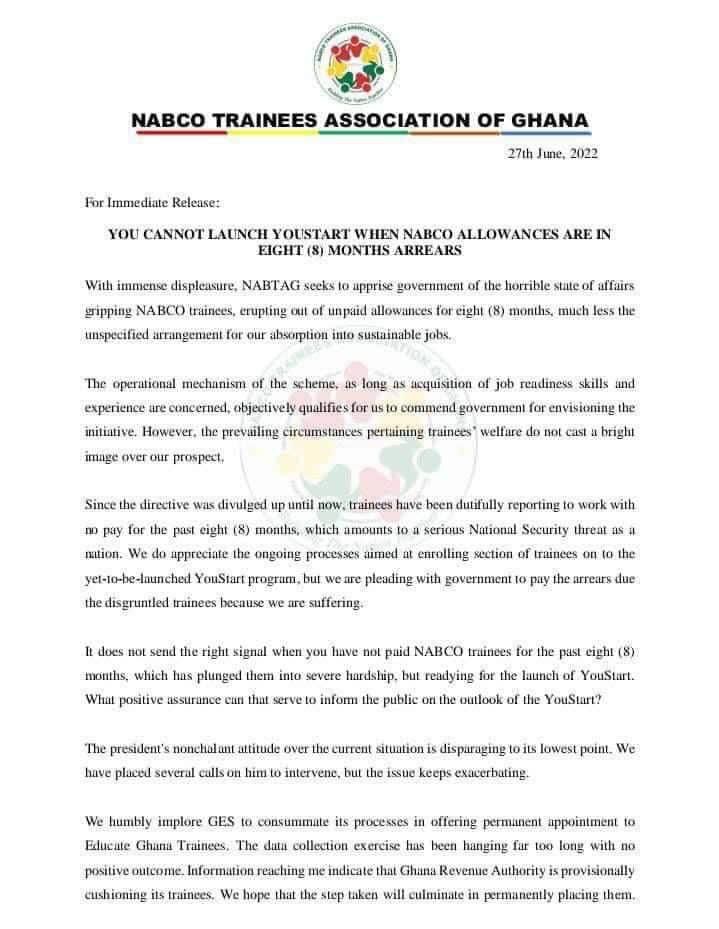 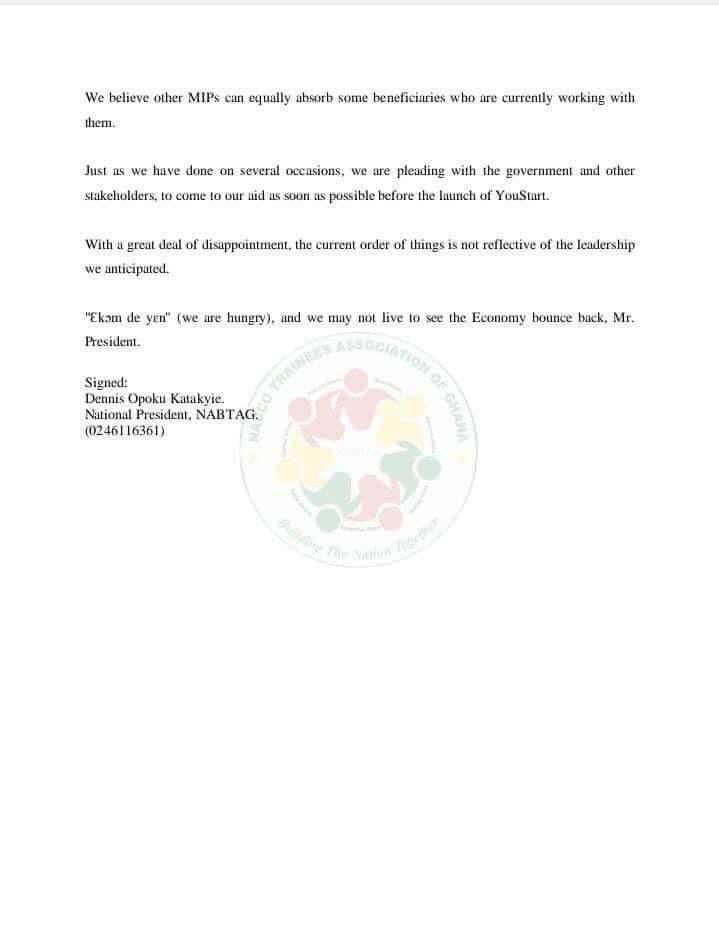 According to him, the idea is to find a more sustainable alternative to the NABCO programme which ended in October 2021.

I'm Adwenpa-Hene |Blogger & Broadcaster Journalist. I am the CEO and manager of this noble website. I publish on Entertainment, Sports, Politics, Lifestyle, and Technology. You can also follow Us on : YouTube Channel - My Ghana Media TV, Facebook - MyghanaMedia TV , Twitter - @MyGhanamedia2 & Instagram - My Ghana Media TV. Email Address: [email protected] Contact Us: 0200818719
@@MyGhanamedia2
Previous Ningo-Prampram MP : Eugene Arhin Would’ve Been Sacked If Akufo-Addo Was Up To His Game
Next GFA : Players Without Ghana Card Won’t Be Registered For 2022/23 season