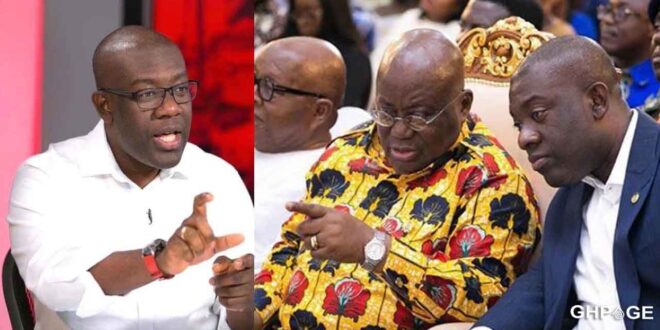 The Minister of Information, Kojo Oppong Nkrumah, has said the government will decide whether to seek the support of the International Monetary Fund (IMF) to help address the country’s economic challenges in the coming weeks.

Speaking with Beatrice Adu on The Big Bulletin on Asaase Radio on Thursday (30 June), Oppong Nkrumah said, “I expect the government in the coming weeks to confront the question [whether to go to the IMF or not] head-on.

He added, “Remember, we are already members of the Fund. We take money already from the Fund; Are we going to go for a programme properly so-called, in which when you take money, there are conditions attached to it? I think that is the conversation that people are having.

With domestic revenue mobilization not performing to budgetary expectations, coupled with the inability to raise money from the international capital market due to the downgrade of the economy by credit rating agencies, some experts have suggested to the government to seek the support of the International Monetary Fund (IMF).

However, the Lawmaker for Ofoase Ayeribi,  Oppong Nkrumah added: “There’ve been two sets of admonishing on government. Now that all the data and all the assessments are coming together, I expect that in the coming weeks, the government will have to confront that question and take a firm decision on that.

I'm Adwenpa-Hene |Blogger & Broadcaster Journalist. I am the CEO and manager of this noble website. I publish on Entertainment, Sports, Politics, Lifestyle, and Technology. You can also follow Us on : YouTube Channel - My Ghana Media TV, Facebook - MyghanaMedia TV , Twitter - @MyGhanamedia2 & Instagram - My Ghana Media TV. Email Address: [email protected] Contact Us: 0200818719
@@MyGhanamedia2
Previous Why Must Africa Go Hungry And Depend On Imports For Survival? – Eugene Osei-Tutu Writes
Next Nominations Open For The 2nd Edition Of National Students Platinum Awards