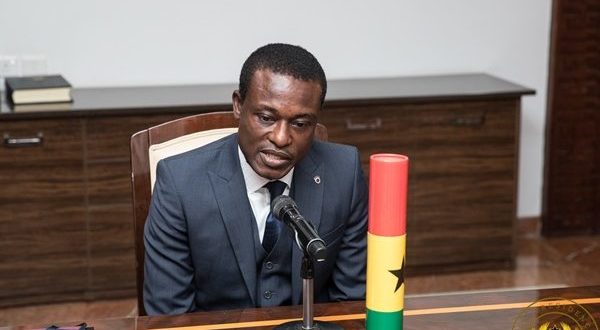 The Special Prosecutor, Kissi Agyebeng, has indicated that the High Court’s decision on the assets of the late Forestry Commission CEO, Kwadwo Owusu Afriyie, popularly known as ‘Sir John’, can have a negative impact on the country’s fight against corruption.

According to him, if the ruling is left to stand, “the Republic will lose the fight against corruption in unimaginable ways”.

“The net effect of the ruling of the High Court is that a person may, in his lifetime, gleefully acquire property through corruption and then upon his demise happily pass on the corruptly acquired property to his beneficiaries for their benefit and by so doing, extinguish all scrutiny as to the propriety or otherwise of the acquisition of the property because his corrupt activities were not discovered during his lifetime”, he added in a statement on Tuesday, July 12.

Mr Agyebeng’s comments were in reaction to an earlier ruling by the High Court on Tuesday morning.

The Court, presided by Justice Afia Serwaa Asare Botwe ruled that the Office of the Special Prosecutor (OSP) cannot extend its powers to freeze the assets of the late NPP stalwart, Sir John.

Prior to this ruling, the Special Prosecutor had directed the freezing of the estate of Sir John.

Acting on Section 38 of the Office of the Special Prosecutor Act (Act 95), the OSP directed the freezing of Sir John’s assets, following the public uproar about a leaked document believed to be Sir John’s will.

In the said will, it emerged that Sir John had some parcels of land at the Achimota Forest Reserve and the Sakumono Ramsar site. The will also disclosed some huge amounts in Sir John’s local and foreign accounts.

This triggered the OSP to begin investigations into the late politician’s assets, thereby necessitating a freeze on his assets.

The Act, which empowers the OSP to freeze the assets of persons under investigation, also requires the OSP to apply to the High Court for a confirmation of the freezing order.

But its in judgement on Tuesday, the High Court said the OSP cannot continue to freeze the said assets. The High Court took the view that the Special Prosecutor should have initiated the process under Section 54 of the Act.

Meanwhile, Kissi Agyebeng, has expressed his desire to contest the ruling of the High Court.

According to him, he will appeal the decision because the High Court failed to understand the request for the confirmation of the freezing order.

In this regard, Mr Agyebeng stated that his outfit was not seeking to confiscate Sir John’s assets, but only wanted to confirm the earlier freeze on the assets to enable investigations.

“The judge, with respect, totally misapprehended the application for confirmation of the freezing order and misdirected herself by characterizing the application as that of a confiscation order, which regimes are govered by different considerations.

“If this decision is left to stand, the Republic will lose the fight against corruption in unimaginable ways. The investigations into the estate of Kwadwo Owusu Afriyie alias Sir John will still proceed”. pic.twitter.com/nLYNbyBqnz