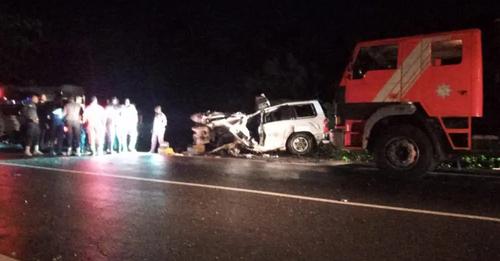 The Municipal Chief Executive (MCE) for Bibiani-Anhwiaso-Bekwai in the Western North region, Alfred Amoah, and his personal driver have been reported dead in a ghastly accident Tuesday evening.

The accident, said to involve multiple vehicles, reportedly occurred at Apedwa near Tafo in the Eastern Region.

Western North Regional Minister, Richard Rocky Joojo Obeng who confirmed receiving the sad news barely hours after he and MCE Alfred Amoah parted ways from a meeting in Accra, told Graphic Online he was yet to be given details of what really happened.

“He was with me this afternoon. He just left my company around 4:00pm. Yes, he was with me in Accra,” he said, indicating they were together at an official meeting.

The retreat which started last Friday, discussed the various flagship programmes of the government and the reason for accessing an IMF programme, as well as reviewed the cost-cutting measures announced at the last Cabinet meeting in March this year.

Social media accounts of the accident, as well as images emanating from what is thought to be the accident scene, suggest MCE Alfred Amoah and his driver may have died on the spot, while the occupants of the other vehicles were taken to the Kibi government hospital for care.

Confirming the news, the National Youth Director of the New Patriotic Party, Abanga Yakubu Fusani shared the story on his Facebook page.

He wrote; “Sorry to inform you we have lost the MCE for Bibiani Anwiaso Bekwai through car accident hmmmmm May his soul rest 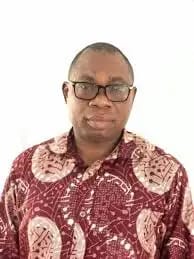