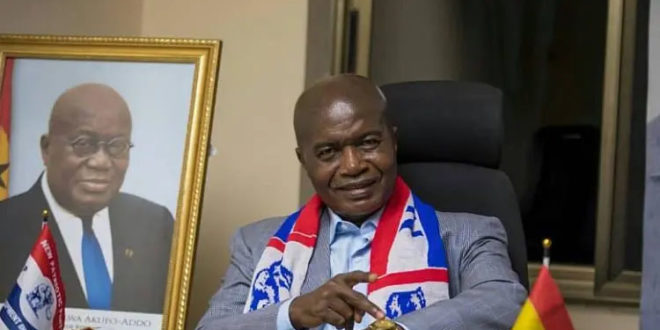 The National Chairman hopeful of the New Patriotic Party (NPP), Mr Stephen Ayesu Ntim, has admonished his competitors in the chairmanship race to eschew casting of insinuations, heaping vitriolic attacks and fabricating stories against one another.

In a brief interview with some media personnel who called on him at his campaign office, Mr. Stephen Ntim said that when elections are a few days to be held, the tendency for opponents to churn out falsehoods and smear campaigns become the norm.

He has, therefore, asked his opponents and all aspirants to desist from acts that would put the name of the party into disrepute.

“It is always the norm that during competitions such as the ones we are having, in order to get the upper hand, aspirants go overboard to peddle falsehoods against opponents. We must desist from such acts”

“If we take one another to the cleaners, how do we build bridges after the elections? How do we remain united after the competition? We must stop lying against one another, and that’s what can bring unity after elections” he advised.

He urged the delegates to reject aspirants who come with messages attacking opponents and lying against them.

“My appeal to the party’s delegates is that, they should reject messages that seek to denigrate other aspirants or candidates. They may come up with all manner of falsehoods against those who are likely to be crowned winners, just disregard such people and their messages” he said.

Mr. Stephen Ntim also used the opportunity to call on candidates to respect the guidelines for the elections.

Mr. Stephen Ntim has also appointed four (4) persons as his spokespersons ahead of the ele