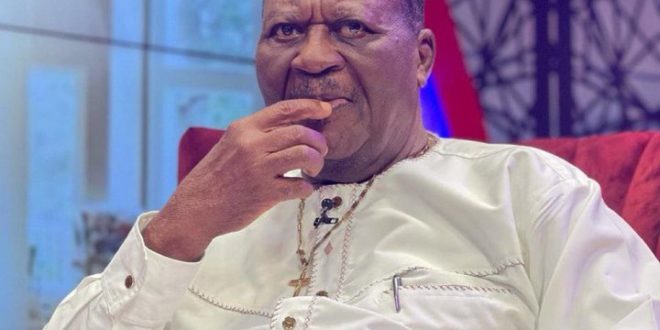 The news was announced on Facebook by sound engineer, Fred Kyei Mensah on Wednesday. 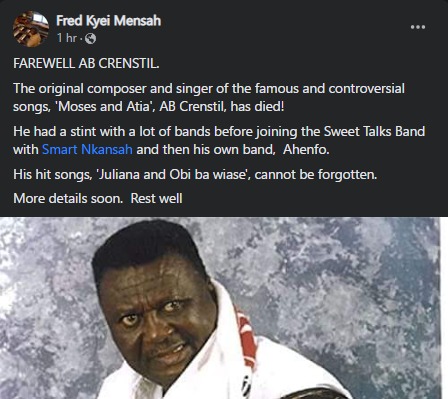 According to Fredyma, the veteran musician has been unwell for some time.

“Farewell A. B. Crenstil. The original composer and singer of the famous and controversial songs, ‘Moses and Aba AB Crenstil, has died!
Veteran musician A.B. Crentsil reported dead

“He had a stint with a lot of bands before joining the Sweet Talks Band with Smart Nkansah and then his own band, Ahenfo. His hit songs, ‘Juliana and Obi ba wiase cannot be forgotten,” the Facebook post read. 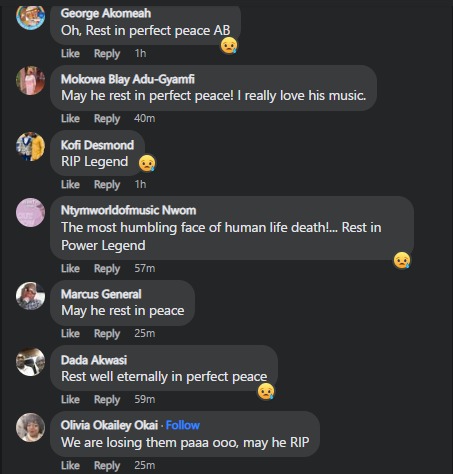 Tributes have been pouring in for the legend following the news. With many regarding him as one of the greatest Ghanaian musicians.

Rest In Absolutely Peace Uncle AB Crentsil.
I have enjoyed every moment we have shared together. May The Lord Keep Your Happy Soul In Safe Place 🙏🏾 pic.twitter.com/OaghLSHU9D

See also  Anti-LGBTQ+ Bill: 'I Can Not Be Pressured' - Akufo-Addo

Tags A. B. Crentsil Dead