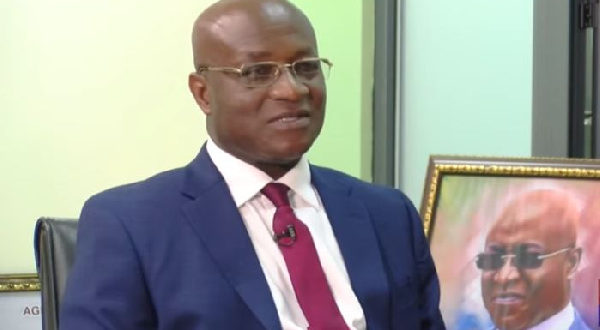 Majority Leader To Executive : Cut Down On Number Of Ministers

The Majority Leader in Parliament and also Member of Parliament for Suame constituency in the Ashanti Region, Osei Kyei-Mensah-Bonsu has suggested a reduction in the number of ministers of state.

According to him, fewer ministers than currently exist, will lower the pressure on the public purse.

Speaking at a public lecture at the Kwame Nkrumah University of Science and Technology (KNUST) on Tuesday, he explained that based on the 1992 Constitution, the President is mandated to appoint up to only nineteen cabinet ministers.

These cabinet ministers are subsequently required to assist the President in the formulation of policies and principles to govern the country.

Under this constitutional arrangement, ministers who are not cabinet ministers do not get the opportunity to sit at the table of decision making.

See also  No, President Akufo-Addo Did Not Commission A Transformer In The Volta Region - Manasseh Hints.

The Majority Leader therefore posited that there is no need to appoint many ministers, when only nineteen cabinet ministers are actually needed to decide on government policies.

“The Constitution provides in Article 76(1), that there shall be a cabinet which shall consist of the President, the Vice President and not more than nineteen ministers of state.

Given the role of cabinet ministers, that is for running the state efficiently and assisting the President in the determination of policy of his government, it is my contention that apart from regional ministers, the number of central government ministers may not have to exceed 19 as contained in the Constitution.

And that means ministries shall also not have to exceed 19.

All ministers to be relevant and to be able to assist in the evolution and determination of policies in their sectors, must be cabinet ministers.

The excess numbers must be cut off and that will significantly reduce public expenditure. For the avoidance of doubt, the Constitution must provide for that”, he explained.

Mr. Kyei-Mensah-Bonsu also added that there is the need for the state to consider competent individuals to man various ministerial positions. This he said, will help in the development of the country at large.

The call by the Majority Leader comes at a time, when concerns are already rife about the need for government to reduce the number of ministers.

Currently, Ghana has about 123 ministers of state. This has generated widespread criticisms with calls for government to reduce the number.

However in a response to a similar suggestion, President Akufo-Addo explained that, there are a lot of issues to address, hence the need for more hands.

But some civil society organisations have disagreed with the President’s explanation; arguing that the increase in ministers drains the state coffers.