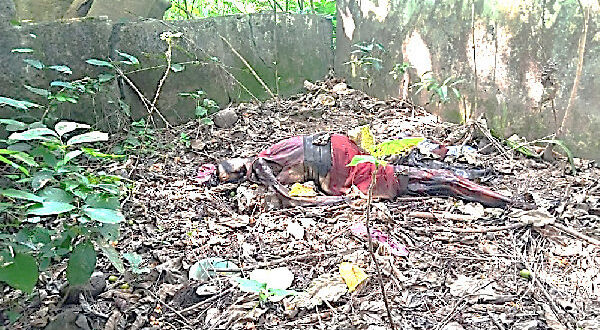 A 25- year- old farmer is in the custody of the Tepa District Police for allegedly killing a pregnant woman, cutting her belly open and removed the unborn baby at Atobra, a suburb of Tepa in the Ahafo Ano North Municipality of the Ashanti Region.

Godfred Aladago was purported to have unleashed a similar act on the pregnant woman’s 17- year- old in-law but managed to escape.

The unusual event, according to witnesses, arose from a misunderstanding when the suspect alleged that the deceased’ s goat had trespassed onto his house and devoured his farm produce.

Confirming the incident, the Tepa District Police Commander Superintendent Martin Asenso stressed that while the suspect was held in cells, the irate youth nearly burst into the cells to lynch him for the horrible conduct.

“The suspect earlier came to lodge a complaint that some farmer’ s goats had strayed and they had been eating his farm produce, and when he confronted them, they chopped his hand with a machete, ” Supt. Asenso told Akoma Fm.

He stressed further that “a few irate youngsters arrived at the police station and claimed that the suspect had actually killed two women, saying their goat had chewed his maize.”