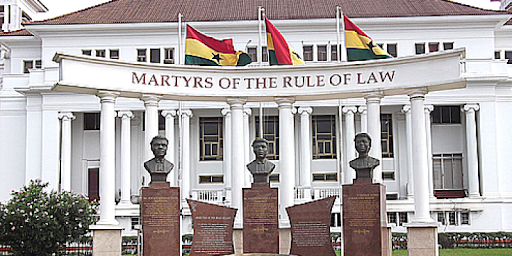 Lawyers for the embattled former Assin North MP, James Gyakye Quayson, on Wednesday, filed a supplement to their statement of case in the Supreme Court.

The Assin North MP had been given 14 days by the Court to file a supplement to his statement of case.

However, he filed a day after the expiration of the 14 days and has written to the Registrar to have the case listed before the legal vacation.

“The broad ground of the application to strike out the writ is that, this court lacks jurisdiction as determined by previous decisions of this court,” the Supplement Statement of Case filed by the embattled MP, Mr Quayson indicated.

“The first aspect of this grounds, which is referred to in paragraphs 5 and 6 of the affidavit in support of the application is that this court has previously decided that by virtue of article 99 of the Constitution and section 16 of the Representation of People Act (PNDCL 284), it has no jurisdiction to entertain a suit that involves invalidating the results of a parliamentary election.

Relying on the case of Yeboah v JH Mensah, Bimpong-Buta vrs General Legal Council among others, Mr. Tsikata prayed the Court to strike out the originating writ before them.

The defendant prayed the Court to list the case before the legal vacation.

“In view of the obvious urgency of this case, particularly its significance for the representation in Parliament of Ghanaians in the Assin North Constituency, we respectfully ask the case be listed before the vacation,” he requested.

However, a suit has been filed to annul his elections on grounds he holds dual citizenship, which he has denied.

One Michael Ninfa, a teacher and resident of Yamoransa in the Central Region filed an interlocutory motion and urged the Supreme Court to bar the lawmaker from holding himself out as MP.

His application originated from the decision of the Cape Coast High Court dated July 21, 2021 that nullified the 2020 Assin North Parliamentary election because Mr Quayson, a Canadian citizen, failed to renounce his Canadian citizenship at the time he picked nomination forms to contest the election.