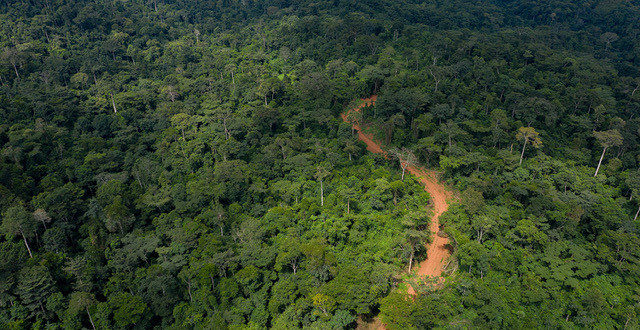 The Atewa forest reserve has been a subject of litigation following the decision by the government of Ghana to mine bauxite in the critical watershed and biodiversity hub located in the Eastern Region of the country.

But, even before the case could fully go on trial between some environmental groups and the government at the Accra High Court, the Minerals Commission has granted a license to Vimetco Ghana Bauxite Ltd, to do prospecting in the forest reserve.

The license which was published on the website of the Minerals Commission is set to expire in February 2025.

Many people in the locality are however wondering why the government is bent on pushing for mining in the forest reserve, especially when the case is in court.

At the beginning of this year, the government of Ghana announced a temporal ban on all forms of prospecting activities within forest reserves across the country as it tackles illegal mining.

The Minister for Lands and Natural Resources, Samuel Abu Jinapor, issued the order.

A statement released by the minister said “The Minister for Lands and Natural Resources hereby directs persons and/or companies engaged in reconnaissance and/or prospecting in Forest Reserves, with or without legal authorization, to suspend such activities until further notice…,”

“The Minister for Lands and Natural Resources, accordingly, hereby gives persons and/or companies engaged in reconnaissance and/or prospecting in Forest Reserves, seven (7) days from the date of the publication of this notice, to cease their operations and evacuate their equipment accordingly”.

Furthermore, the Minerals Commission has been directed not to accept, process and/or recommend the grant, including renewal and/or extension of reconnaissance and prospecting licences in Forest Reserves.

The directive by the Minister followed a National Consultative Dialogue on Small Scale Mining which was dominated by illegal mining and its harmful impact on the environment.

Among the resolutions adopted at the dialogue was a charge to the government to take steps to strictly apply laws and sanctions to all persons who infringe the law, irrespective of political colour or socio-economic status or class.

Speaking to ghenvironment.com in an interview, Kofi Yeboah, a resident of Sagyimase in the East Akim District described as a broken promise the issuance of license to Vimetco Ghana Bauxite Ltd by the government to do prospecting in the forest reserve.

He asked further “Does it also means that, the Ministry lied by going ahead to approve a prospecting for mineral in protected forest even when the Ministry said it was suspending all exploration and prospecting activities”.

According to Yeboah, even if the government could not honour its promise of suspending prospecting in the Atewa forest, it should be able to respect the court and wait for the final outcome of the case before taken any final decision, especially when the government prides itself as believing in the rule of law. 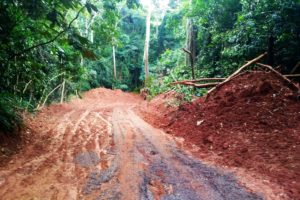 A treasure of biodiversity

Atewa Forest is a Protected Forest Reserve, a Key Biodiversity Area (KBA), and meets the conditions for Alliance for Zero Extinction status. The forest is home to many endangered, endemic and rare plants and animals, over 100 of which are threatened or near threatened with extinction.

Four species are listed as Critically Endangered (CR) on the IUCN Redlist of Threatened Species, and many more as vulnerable. The forest is also home to five species believed to be endemic to the forest, meaning they are found nowhere else on Earth.

As a critical watershed, the forest is also the source for the Birim, Densu and Ayensu rivers, which provide water for some 5 million people, including residents of the capital, Accra.

A resident of Asiakwa, Samuel Ntow observed that, the Minister for Lands and Natural Resources, Mr Jinapor is tainting his image over some of the decisions that he has taken so far.

He explained that “For the unwanted records, the first was the Achimota forest reserve which the Minister supervised its declassification as a reserve, the recently encroached CSIR lands which he said should be regularized for the encroachers, the proposed mining at a Ramsar site in the Central Region and this current one of providing prospecting license to a company to destroy the biodiversity rich Atewa forest reserve”.

According to him, such records for the Minister are unwanted and it is imperative that he redeemed his image by working to protect all natural resources rather than supervising their exploitation.

This is not the first time a prospecting is going to be carried out in the forest as in June 2018, the state-owned Ghana Integrated Aluminium Development Corporation (GIADEC) started clearing access roads to the summit of the Atewa forest to allow test drilling for bauxite deposits.

Ntow added “So this becomes the second mining prospecting license granted to a company since 2018. The question also is, how many prospecting is the government planning to do at Atewa”.

The Okyenhene, Osagyefo Amoatia Ofori Panin has been pushing for the shift towards developing the Atewa forest reserve into a national park.

Last year, he called on government through the Ministry of Tourism to shift attention towards developing the Atewa forest rather than mining its gold.

The revered king said this at the Ofori Panin Fie at Kyebi when Tourism Minister Dr. Awal Mohammed, his Deputy, Mark Okraku-Mantey, and officials from the Ghana Tourism Authority (GTA) paid a courtesy call on him last year.

“Develop a national park at Atewa forest, the species that God has given us there is phenomenal but if we begin to look at gold and its recklessness of galamsey and other things in the forest, we would never get there,” the Okyenhene said.

Osagyefo Amoatia Ofori Panin continued, “Gold would go away. It is not a renewable resource. The reckless felling of timber is a disregard for our nature. Build a museum in addition to the park that would tell our history and show artefacts.”

I'm Adwenpa-Hene |Blogger & Broadcaster Journalist. I am the CEO and manager of this noble website. I publish on Entertainment, Sports, Politics, Lifestyle, and Technology. You can also follow Us on : YouTube Channel - My Ghana Media TV, Facebook - MyghanaMedia TV , Twitter - @MyGhanamedia2 & Instagram - My Ghana Media TV. Email Address: [email protected] Contact Us: 0200818719
@@MyGhanamedia2
Previous Government And Organised Labour Agree On 15% COLA
Next Former Gambia Intelligence Chief, 4 Others Sentenced To Death