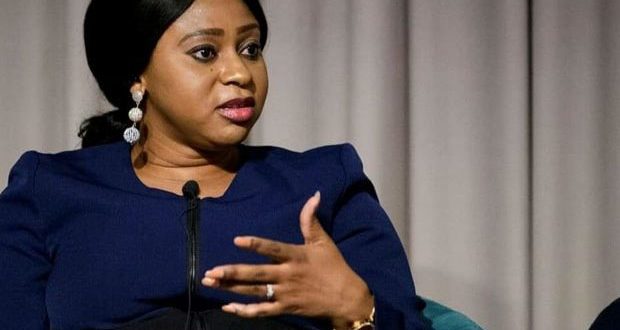 The Member of Parliament for Dome-Kwabenya constituency, Sarah Adwoa Safo has openly spoken for the first time about what she is facing within the ruling New Patriotic Party (NPP) concerning her ordeal.

According to her, she has become a victim of a sustained political witch hunt by certain elements in the NPP and in Parliament for their own parochial goals for the few months that she has been away from official duties albeit not intentional.

She has expressed concern about how she is being treated differently by people including members of her party for staying out of official duty in order to attend to personal issues involving children without enjoying the famous support of her party leadership both in Parliament and at the party level in her current most difficult moments.

The Gender and Social Protection Minister who made the shocking remarks in congratulating the newly elected National Executives of the party in a statement shared on social media indicated that sacrificing a lot including her family for NPP, she is being described as a traitor and all manner of names with several schemes to “oust me from my position as MP and Minister”.

She wondered why some members of the NPP in Parliament are treating in an unpleasant manner instead of protecting her just as they did for a colleague minister who stayed out of parliament for almost 2 years over similar reason.

Four years ago, together with colleague Members of Parliament, Party Leaders and the rank and file of the New Patriotic Party, we converged in Koforidua to elect new Leaders for the party. This was on the heels of an emphatic Victory by the Party in 2016 and thereafter securing another victory for the party in the 2020 elections.

The theme for this year’s Conference, Holding Together, Working Together resonates so much with my current circumstances and brings back memories of my time as the Deputy Majority Leader in the 7th Parliament where, as Leader of the Women’s Caucus, together with the Leadership of the Majority did our very best to protect a colleague female Member of Parliament who had to be away in London for close to two years to take care of family issues. We did this on compassionate grounds because it involved Children and didn’t go round making hue and cry about her absence. This is just one example of how we protected one of our own as Leaders in Parliament.

In the last few months that I have been away from official duties albeit not intentionally, I have become a victim of a sustained political witch hunt by certain elements in the NPP and in Parliament to achieve their own parochial goals. This has left me asking myself if this is happening because I am a woman who for just this one time needed some time off to deal with a few personal issues which were too dear to share with the larger publics. In the face of all these, I have questioned why I have had to be treated differently by not enjoying the famous support of our party leadership both in Parliament and at the party level in my most difficult moments these past few months.

As a member of the party, I have served with utmost diligence (both in opposition and in government) and have at all times put the fortunes of my family at the disposal of the party. At no point in time have myself nor my family withheld anything of ours from our great Party, yet today, I am conveniently being called a traitor and all manner of names with several schemes being put to play and employed to oust me from my position as MP and Minister.

This year’s conference theme perfectly embodies what we must do, and stand for, as members of the Danquah-Busia-Dombo Tradition. There is the need for us to stay United. Every single person and vote are needed in our singular quest to break the eight. We cannot give up on anyone.

As we have brought this conference to a successful end, with the election of a new set of result oriented National Executives, we have been presented with a huge opportunity to consolidate our gains and efforts towards creating a United Front and a party that is empathetic and responsive to the needs and aspirations of its membership. Leadership is very important in every endeavor, most especially in a mass organization like the NPP. The onus lies on the new Leadership to ensure we hold on to each other and work together to break the eight.

I conclude by reiterating that, in the face of clear political hounding and vendetta by certain elements within the party and parliament against me, I have never wavered in my commitment to the ideals and creed of the New Patriotic Party and the Government of President Nana Addo Dankwa Akufo-Addo, to whom, I am eternally grateful.

Lastly, I congratulate the Newly Elected National Executives and wish them the very best in their quest to lead the charge in 2024 to achieve the unprecedented feat of Breaking the Eight.