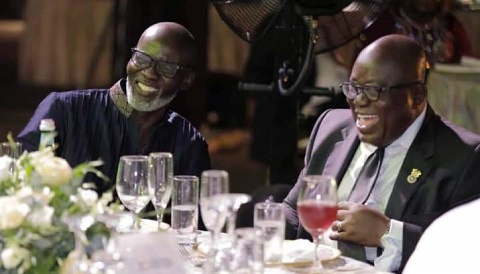 The Executive Director of the NPP-linked research and policy thinktank the Danquah Institute, Gabby Otchere-Darko  says political watchers should be measured with calls for a ministerial reshuffle.

Gabby Otchere-Darko says President Nana Addo Dankwa Akufo-Addo is not “quick to reshuffle” his ministers despite intense pressure, but will do so at the right time.

Ghanaians have been mounting pressure on the president to sack some of his ministers and re-assign others.

The calls have also intensified because some ministers are preparing for other political ambitions.

But Gabby believes the President will take that decision at the appropriate time.

“On ministerial reshuffle, it’s the prerogative of the president. He is one president who is not quick to reshuffle. But I believe, if, in his wisdom, he sees that there’s a need to reshuffle [I’m sure he will make the right decision],” he said in a Citi News interview.

“Clearly, between now and 2024, the need will arise. And some may say the need is now. But I think he [Nana Akufo-Addo is a listening president]; he will listen, he will look at what he wants to do, what he’s getting from his ministers, what he’s not getting from them, and make the right decision.”

He was speaking at the NPP’s national delegates conference currently underway at the Accra Sports Stadium.