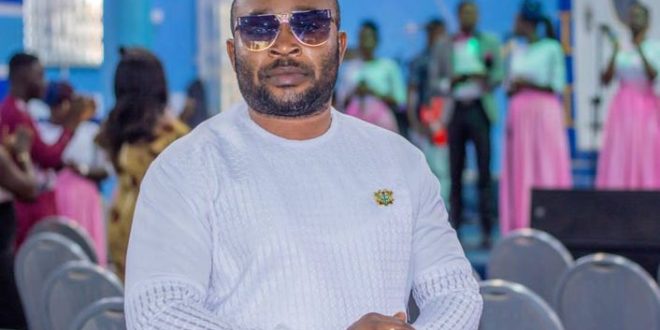 He described the successful election of new executives for the party as a demonstration of the NPP’s commitment to the tenets of democracy.

In an interview with MyGhanaMedia.com, Sir John expressed joy at belonging to a political party that takes pride in the rule of law as demonstrated in the delegate conference at Accra Sports Stadium in the Great Accra Region; thus, congratulating all the elected National Executives of the party.

According to Sir John, the NPP has demonstrated to the world that it is a party that values the rule of law.

The Atwima Nwabiagya South Constituency’s 1st Vice Chair called for unity within the rank and file of the governing New Patriotic Party (NPP) following the election of new national executives to steer the affairs of the party.

He believes this is crucial in ensuring the party’s mantra of “breaking the 8” becomes a reality in the 2024 elections.

“Together with NPP delegates and supporters in the Atwima Nwabiagye South Constituency, we congratulate all the newly elected National Executives on their achievement at the recently concluded party’s annual national delegates’ conference ,” he said.

Sir John admonished all the elected National Executives of the party to forge ahead and deliver to the party members and Ghanaians at large good and quality leadership that bridges the gap between the government and the party’s grassroots.

“Nonetheless, I wish to admonish all elected National Executives of the party to forge ahead and deliver to the party members and Ghanaians in general good and quality leadership that bridges the gap between the government and the party’s grassroots to break the 8-jinx.”

“I urge all of you to make use of the tools of negotiation, consensus building in uniting and strengthening for victory in 2024.” When need be and duty calls, the National, Regional, and Constituency executives should all be willing to make the needed sacrifices and compromise in the interest of the party and the country. Mr. President, let’s not make that mistake because we are all in the same boat. When the party wins, we win together”.

However, Sir John believes that with the newly elected executives of the ruling party (New Patriotic Party), the so-called eight-year jinx will surely be broken in the 2024 general polls.

He says a party devoid of any form of division among its members is the surest way to “break the eight” agenda.

Sir John speaking to this reporter of MyGhanaMedia.com emphasised that he was optimistic the party under the leadership of its new Chairman, Mr. Stephen Ntim would ensure victory for the party by ‘breaking the 8’.

He stressed that the party needs unity and oneness after the Congress and called on all to join hands in making it a reality in order to have a formidable team ahead of any election.

On the other hand, aspirants who couldn’t come out with flying colours should believe that, though they couldn’t win, they have made a remarkable impact. Together, we are all winners because it is the party that is victorious. “Let us collaborate with the elected executives to make our party great and strong,” Sir John told MyGhanaMedia.com.

He also charged party members not to be derelict in the discharge of their duties in ensuring the party wins the polls.

“I strongly appeal and emphasize that we should all continue to remain united and focus on the greater task ahead of us, irrespective of our individual differences, personal ambitions, and disappointments. Always remember that we all have a duty to ensure that on December 7, 2024, the party is retained in power to continue the good works of yourself and your team. My heart’s gratitude goes to you, cherished NPP fraternity, for the love and commitment demonstrated during the National Executive Conference from July 15th to July 17th, 2022. You have given the NPP a solid team to prosecute our collective agenda of breaking the eight in 2024.”

See also  Akufo-Addo Most Pampered President Ever; He Does Whatever He Likes - Mahama's Aide

“I wish you and your family all the best in the days ahead of us”.

Congratulations to us all.

The aftermath of the elections has brought on board new leaders with some of two of the old executives able to retain their positions.

Madam Kate Gyamfuah also retained her seat as the National Women Organiser with Henry Nana Boakye (Nana B) graduating from the Youth Organiser position to be the National Organiser.