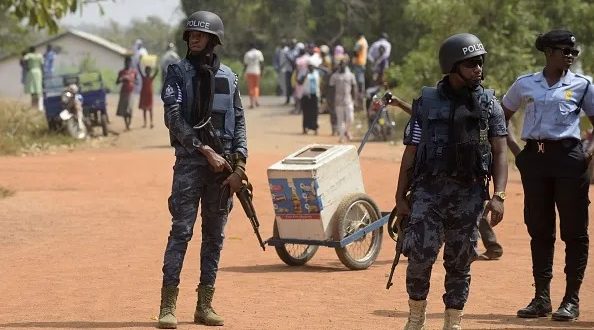 Two people have been hit by stray bullet after a misunderstanding ensued between some youth groups and traditional authorities in Bibiani in the North West Region, police have confirmed.

Speaking in an interview with a reliable source, Western North Regional Police Commander, DCOP Ernest Akrasi Mensah said, ” Yes it is true. I am currently on the ground trying to deal with the issue.”

An earlier report suggested that the incident occurred at a mining site, but that has, however, been disputed by the Western North Regional Minister, Richard Rocky Joojo Obeng.

The minister said the incident is not related to mining.

“It is not accurate to state that there have been clashes at a mining site. We picked a call in the morning that some young persons within the Bibiani mining enclave were not enthused about the idea of the traditional authorities who had served notice that they were going to perform a traditional rite in the river.”

“Unfortunately, most of these young people massed up to oppose the performance of the riot and the report that has come to me is that in the process some miscreant engaged in acts that are not lawful.”

He added, “I have asked my Regional Police Commander and his team to engage both sides; the traditional authority and the youth group.”

Watch the videos below:

I'm Adwenpa-Hene |Blogger & Broadcaster Journalist. I am the CEO and manager of this noble website. I publish on Entertainment, Sports, Politics, Lifestyle, and Technology. You can also follow Us on : YouTube Channel - My Ghana Media TV, Facebook - MyghanaMedia TV , Twitter - @MyGhanamedia2 & Instagram - My Ghana Media TV. Email Address: [email protected] Contact Us: 0200818719
@@MyGhanamedia2
Previous Audio: “Where Is The Autopsy Report Of Atta Mills?” – Anyidoho Dares MP For KEEA
Next Parliament Approves $750m Loan Agreement After Minority Softened Stance Against It