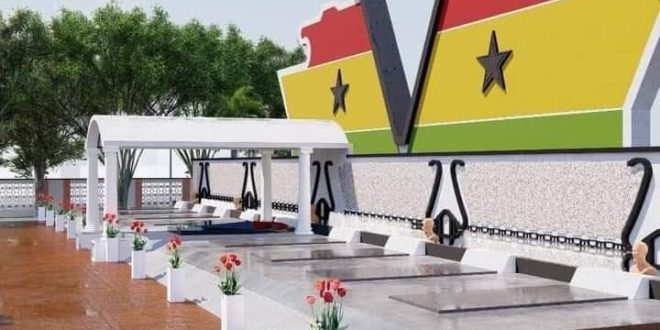 The Coastal Development Authority (CODA) has refuted the claim that it has desecrated the body of the late former President John Evans Atta Mills.

CODA is currently embarking on renovation works at the Asomdwe Park.

According to CODA, it liaised with the relevant state institutions in charge of state monuments before embarking on the renovation works.

“The Coastal Development Authority, acting upon a directive from President Akufo-Addo, prioritised the renovation of the burial grounds of the late Professor Atta Mills, former president of the republic.”

“We wish to state that the grave was not opened and therefore no desecration of the body of the former President, H.E John Evans Atta Mills, has taken place,” a statement from CODA said.

Speaking to the press on Tuesday (19 July), he said, the family does not recognise the Atta Mills Institute.

He queried what has been done to the mortal remains of the late president, whose 10th anniversary of his passing will be observed later this month.

According to the brother of the former president, the current arrangement goes against customs.

“They have removed the tomb and what they’ve done is, they claim that they are rebuilding it. Now my question is this; we have traditions, why would you go and touch somebody’s grave without informing the family?”

I'm Adwenpa-Hene |Blogger & Broadcaster Journalist. I am the CEO and manager of this noble website. I publish on Entertainment, Sports, Politics, Lifestyle, and Technology. You can also follow Us on : YouTube Channel - My Ghana Media TV, Facebook - MyghanaMedia TV , Twitter - @MyGhanamedia2 & Instagram - My Ghana Media TV. Email Address: [email protected] Contact Us: 0200818719
@@MyGhanamedia2
Previous Ghana Losing Money Over Poor Healthcare Delivery – Medical Specialist Says
Next I Will Not Spare Anyone Who Will Make Things Difficult For Bawumia To Be NPP Flagbearer – Effiduase-Asokore MP