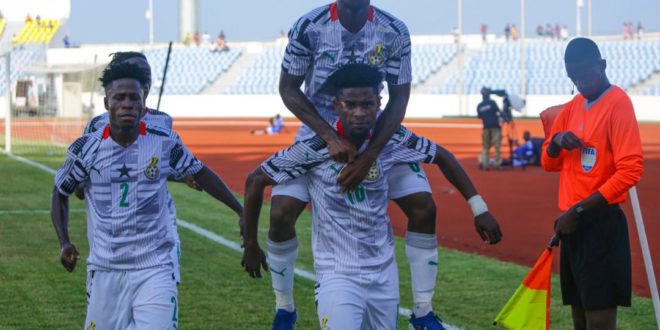 The Black Galaxies won 3-0 and will enter the return leg confident of reaching the final round of Western Zone B qualifiers.

Ghana made a strong start, and their pressure paid off in the 25th minute when Barnieh scored a penalty to put Galaxies ahead.

Medeama’s Jonah Attuaquaye scored in the 36th minute, but it was controversially ruled out for offside, as Ghana won the first half 1-0.

Ghana players came out for the second half with a positive attitude, and it only took them five minutes to double their lead thanks to Alhassan’s great finish inside the box.

Goals from Afriyie Barnieh, Mo Alhassan and Gladson Awako put Ghana in a commanding lead ahead of the 2nd leg next week. pic.twitter.com/ktgAcQJNvx

Captain Awako sealed the victory with a late third.

The second leg is scheduled for Saturday, July 30 in Porto-Novo, with the winner of the tie facing Nigeria in the final round.