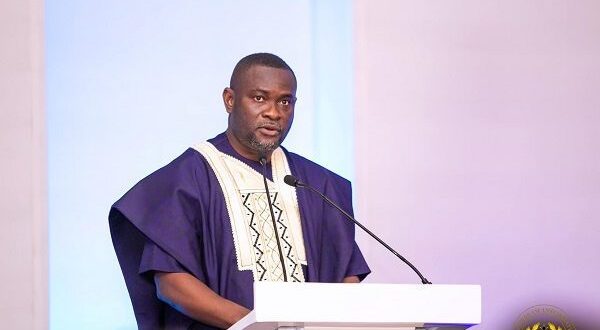 A Deputy Minister of Finance, John Kumah has dismissed claims by the NDC’s Member of Parliament for Ajumako-Enyan-Esiam Constituency, Cassiel Ato Forson that the Bank of Ghana (BoG) has printed ¢22billion and hid it from Parliament.

According to John Kumah, the claims are false, without merit, and without foundation.

Addressing the press in Parliament on Tuesday, July 26, Mr Kumah who is also a lawmaker for Ejisu said “Yesterday, he [Ato Forson] referred to page 97 of the mid-year budget fiscal review and made some baseless claims that the Bank of Ghana has printed 22 billion cedis. First of all, the statement was false, it is not true, there is no foundation to that claim and we want Ghanaians to treat that with a pinch of salt.”

He added “First of all, he accused the Minister for Finance that we have hidden the information on page 97 in appendix 2(a) of the mid-year budget. This document is a public document, it is given out there for everybody to read, so how did he pick this document, read page 97 and said that the information there has been hidden. What is the meaning of that?”

“The Finance Minister gave you this document and you went to page 97 and you found out that here is information about Bank of Ghana and 22bn and your position is that it is hidden. It shows you clearly that the NDC’s problem is their dislike for reading. They think that they don’t have to read to know the content of this document so if they read and they find information in what we have given them then it means we have hidden it. It is never true that we have hidden any information, there is no basis for that.”

He said “Between January and June 2022, the Minister responsible for Finance and the government went to the Central Bank, and they encouraged the BoG to print money worth GH¢22 billion. They have printed GH¢22 billion fresh money without the knowledge of Parliament and without informing all of us.”

He added that “I am saddened, no wonder inflation is galloping, no wonder that our reserves position is dwindling. Because when you create new money out of the thin air, what happens is that inflation will go up and obviously because it is new money, you will end up losing your reserves because there would be new consumption. If this trend continues, I won’t be surprised that we will end the year with inflation of about 50 percent.”

Mr Ato Forson further said the presentation was “very empty. Everything in this country is not working yet the Minister responsible for Finance appeared before us and said nothing, he failed to address the very concerns of the ordinary Ghanaians.”

“Today, he comes here once again only to tell us that he has missed all the targets he set in the 2022 budget, every one of them, he could not achieve.

See also  Economic Crisis: "Maybe The Levels Of Borrowing Have Been Too Much" – Dept. Finance Minister Admits

“Today, our public debt is in excess of 400billion cedis and yet the Minister in this document fails to talk about the public debt,” the Former Deputy Minister of Finance told journalists after the mid-year budget presentation in Parliament on Monday, July 25.

The Finance Minister in the review announced that the Overall Real Gross Domestic Product (GDP) for 2021 grew strongly by 5.4 per cent compared to 0.5 percent recorded in 2020 and the revised 2021 annual target of 5.1 percent.

Presenting the budget in Parliament on Monday, July 25, he said, at the time of presenting the 2022 Budget in November last year, we
provided information on macroeconomic developments for the first nine months of the 2021 fiscal year.

“We now have received updated information through to end-December 2021, he said.

Regarding the Macroeconomic Performance for half-year 2022, he said provisional Q1-2022 National Accounts Statistics published by Ghana
Statistical Service (GSS) in June 2022 shows that the overall real GDP growth for the first quarter of 2022 was 3.3 percent compared to 3.6 percent recorded in the same period Non-oil GDP for the first quarter of 2022 grew by 3.7 percent compared with the
Q1-2020 growth of 5.3 percent.

“Furthermore, based on the developments for the first six months of 2022 and outlook for the rest of the year, we have accordingly revised the macro-fiscal targets for 2022 as follows: Overall GDP Growth rate of 3.7 percent down from 5.8 percent; Non-Oil GDP Growth rate of to 4.3 percent down from 5.9 percent, End period inflation of 28.5 percent up from 8 percent; The overall fiscal deficit of 6.6% of GDP down from 7.4%

“Primary surplus of 0.4% of GDP up from a surplus of 0.1% of GDP; and  The Gross International Reserves of not less than 3 months import cover.” 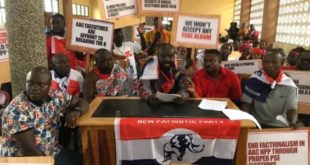