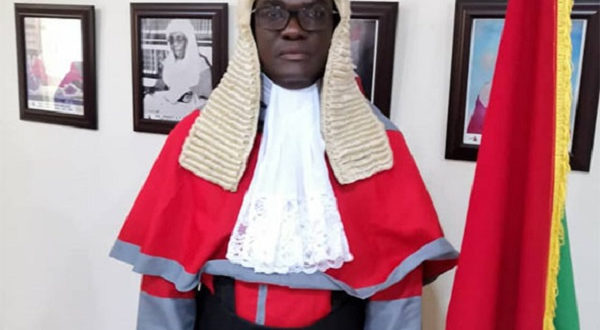 It has emerged that one of the newly nominated Justices of the Supreme Court by President Akufo-Addo is a known card-bearing member of the New Patriotic Party and the Parliamentary candidate for Ho Central in the 2016 elections.

Justice Ernest Gaewu was captured in a 2016 poster as a contestant for the Ho central constituency seat on the ticket of the NPP.

He, however, lost the election polling only 6, 031 of the total votes as compared to winner Benjamin Kpodo who polled 47, 330 votes.

The other nominees are Justice Barbara Frances Ackah-Yensu, Justice George Kingsley Koomsom, and Justice Samuel Kwame Adibu Asiedu (all from the Court of Appeal), while Justice Yao Gaewu was appointed from the High Court.

The letter to the Speaker said the nominations were made to fill up upcoming vacancies on the Supreme Court bench.

“As a result of pending and projected vacancies at the Supreme Court this year, the Judicial Council advised me on 4th July 2022 by letter under the hand of its Chairperson, Chief Justice Anin-Yeboah of the suitabilities of my nominations for appointment to the Court of these persons in accordance with Article 144 (2) of the constitution,” Speaker Bagbin read the letter addressed to him by the President to lawmakers.

The nomination of Justice Gaewu has caused heated discussions on Social Media with majority of Ghanaians suggesting that his nomination does not augur well for the independence of the Judiciary.

Ernest Yao Gaewu, was been appointed as a High Court Judge in 2020 by President Akufo-Addo. 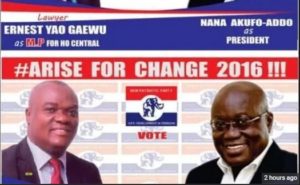 Prior to his appointment, Mr Gaewu was the Managing Partner at Mawulorm Chambers, the prestigious Ho Based Law firm established by Justice Jones Victor Mawulorm Dotse, a Supreme Court Judge, when he was in active legal practice.

The former secretary of the Volta regional branch of the Ghana Bar Association (GBA), began his practice under the tutelage of Justice Dotse in Ho after he was called to the Bar in the year 2000.

He has served on several boards and Committees both regionally and nationally. 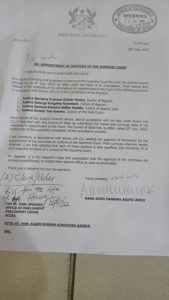