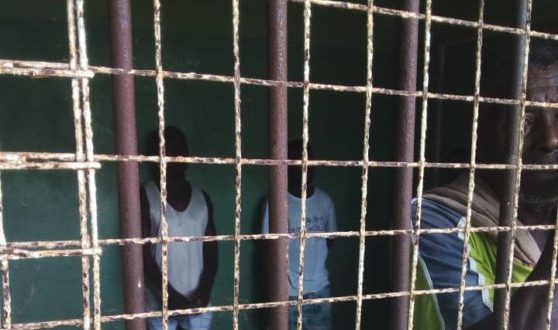 A 48-year old native of Kyeremasu, Solomon Kyere, has been found dead in his cell at the town’s police station.

The late Solomon Kyere was held at the kyeremasu Police Station for the offences of threat of harm and assault. He was subsequently invited and detained on July 27, 2022.

According to reports, the lifeless body of Kyere was found hanging from the iron bars at the vent of the cell washroom. He reportedly tied his neck with a nylon singlet he wore while in custody.

The mortal remains of Kyere has since been deposited at the Presbyterian Hospital Morgue for autopsy and the Police have commenced investigations into the incident.

Emmanuel Kofi Agyeman, Dormaa East District Chief Executive, accompanied by Chief Superintendent of Police, Anthony Appiah, Dormaa Divisional Police Commander and Assistant Superintendent of Police Benjamin Kuoko, Dormaa Divisional Crime Officer, on same day at about 17:00 hours, visited the family of the deceased at their residence at Kyeremasu and officially informed them about the incident.

On behalf of the team, Mr. Agyeman expressed condolences to the family and assured them of thorough investigations into the matter.

Meanwhile, some youth of the area who gathered at the deceased’s family residence expressed unhappiness with the manner the Police handled the matter.

Others also threatened to attack Police officers in the area if it is established that there was any foul play on their part.

Some of the youth therefore accompanied members of deceased’s family to visit the cell where the incident occurred.

See also  Otumfuo To Doctor Who Swept 15/21 Awards: I Bless You To Go And Specialize But Never Forget Ghana