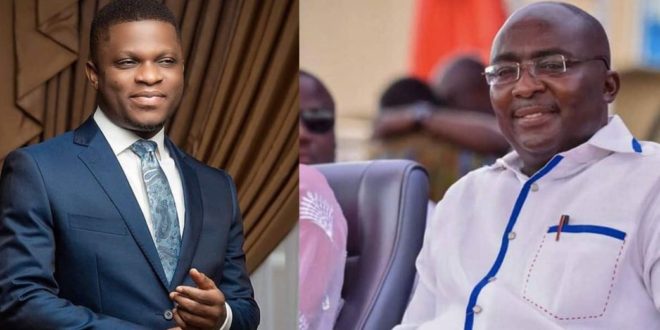 Ghana’s Economic Management Team Has Given Up – Sammy Gyamfi Says

Addressing the media on Wednesday, Sammy Gyamfi stated that the inflation rate in the country is worst compared to that of other countries in the sub-region.

This, he explained is an indication that the Economic Management Team has given up “on arresting the current trend of inflationary pressures and have instead thrown their hands up in despair.”

According to him, “one would have thought that this mid-year period would have at least presented Government with an opportunity to take steps towards arresting the ever-rising inflation rate we are currently experiencing.

“Sadly, however, the Finance Minister, Ken Ofori-Atta only last week presented the 2022 Mid-year budget Review Statement to the august House of Parliament in which he projected an end-of-year inflation rate of 28.5%,” he added.

He further noted that to project “an end of year inflation rate of 28.5% under the current rebased economic regime underlines the crass incompetence, cluelessness and uselessness of the Economic Management Team chaired by the Vice President, Alhaji Bawumia.”

He added that “the suffering and excruciating economic hardships we are reeling under will continue to persist for the rest of the year with no end in sight ” if the situation is not tackled.

Meanwhile, there have been calls for a change of leadership of the Economic Management Team.

The Member of Parliament for the North Tongu Constituency, Samuel Okudzeto Ablakwa has asked President Akufo-Addo to ask Vice President, Mahamudu Bawumia to step aside as the Chairman of the Economic Management Team.

Mr. Ablakwa explained that much as the time is ripe for the President to reshuffle his Ministers, the starting point should be the Economic Management Team, because of the current economic challenges in the country.

“I expect the President to take clear actions on the economy. He should reshuffle his team, the Vice-President who has been a fantastic failure should be asked to step aside as Chairman of the Economic Management Team,” he added.

I'm Adwenpa-Hene |Blogger & Broadcaster Journalist. I am the CEO and manager of this noble website. I publish on Entertainment, Sports, Politics, Lifestyle, and Technology. You can also follow Us on : YouTube Channel - My Ghana Media TV, Facebook - MyghanaMedia TV , Twitter - @MyGhanamedia2 & Instagram - My Ghana Media TV. Email Address: [email protected] Contact Us: 0200818719
@@MyGhanamedia2
Previous Six KNUST Students Remanded Over Alleged Gang-Rape
Next Ashanti Region: The Love We Had For NPP Is Gone – Kwabre East Youth [video]