Breaking News
Home / POLITICS / Kwabena Agyepong: NPP Has Not Been Fair To Me And It’s Disappointing 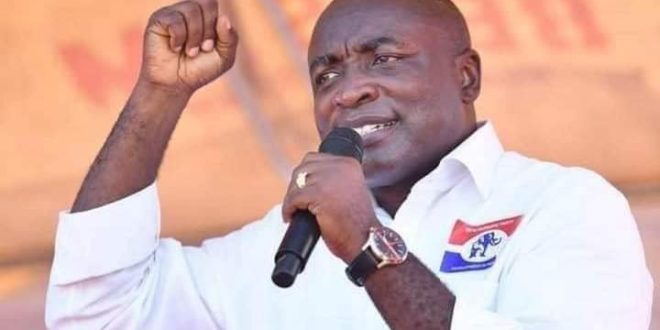 Kwabena Agyepong: NPP Has Not Been Fair To Me And It’s Disappointing

Years after he was suspended as General Secretary of the New Patriotic Party (NPP) for misconduct, Kwabena Agyei Agyepong is still very much convinced he was treated unfairly by the party.

He says, the unavailability of evidence to confirm the accusations against him since the suspension in 2015 is indicative that he did no wrong as alleged.

Speaking on Citi TV‘s Point of View, Mr. Agyepong feels he was persecuted by a party he selflessly served and sacrificed for.

“In my heart of hearts, I do not think I did anything wrong deserving of that kind of sanction, and I have been very clear on that.”

Kwabena Agyepong was found guilty of violating Article 3(d) of the party’s constitution, which requires members to uphold the party’s decisions.

He was also accused of engaging in “unilateral actions and activities without consultation with or seeking authorization from the NEC.”

Mr. Agyepong’s suspension was lifted in 2021 after a marathon National Executive Committee (NEC) meeting reinstating him as a member of the party’s NEC, Steering Committee, and the National Council.

“Fortunately for us, we have been in power for six years and the party of the day has custody of all the information and nobody has been able to provide a shred of evidence concerning the very vicious and malicious propaganda that was churned against me, that’s where I find it a low point”, he lamented.

“When you want to be upright, strong and honest, you come under a lot of persecution. But God being so good, he has taken care of me”, the former NPP General Secretary added.

See also  Will The NDC Ever Be Honest With Ghanaians? - NPP Director of Communications Quizzes

Mr. Agyepong has also given indications to contest the party’s flagbearer position ahead of the 2024 general elections.

He says his desire to lead the party and run for the presidency is borne out of a commitment to humanity, given the political ideals of the NPP.

“Today, I want to make it clear, as soon as the party allows for nominations to be filed for the flagbearer of the party, I will file”, he said.

Kwabena Agyepong, who has contested the NPP flagbearership in the past, believes party members cannot lose sight of his long and dedicated service to the NPP because that makes him fit for the task ahead.

“The party has rules and regulations, and we don’t need to jump the gun and when the time comes, you will the warmth of the youth because my message resonates with them. They see, in me, the hope of our political tradition because I have worked under all the leadership of this party.”

I'm Adwenpa-Hene |Blogger & Broadcaster Journalist. I am the CEO and manager of this noble website. I publish on Entertainment, Sports, Politics, Lifestyle, and Technology. You can also follow Us on : YouTube Channel - My Ghana Media TV, Facebook - MyghanaMedia TV , Twitter - @MyGhanamedia2 & Instagram - My Ghana Media TV. Email Address: [email protected] Contact Us: 0200818719
@@MyGhanamedia2
Previous LPG Marketing Companies Call Off Nationwide Strike
Next Founders’ Day: ‘I Am Proud Of The Can-Do Spirit Of Ghanaians’ – Akufo-Addo