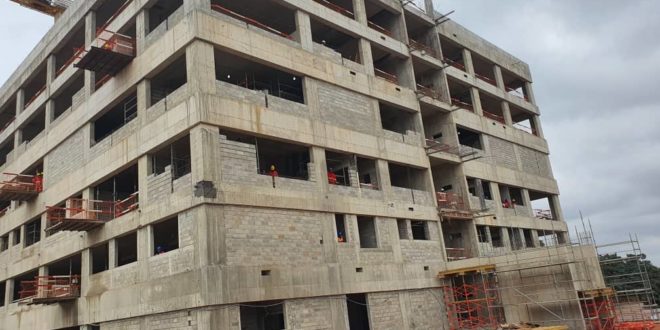 The Minister of Health, Kwaku Agyemang Manu, has paid a working visit to the Komfo Anokye Teaching Hospital (KATH) in the Ashanti regional capital, Kumasi.

The visit on Wednesday, August 4, 2022, was to inspect the progress of work on the maternity and children blocks of the hospital.

The project was commissioned for reconstruction by President Nana Addo Dankwa Akufo-Addo on May 15, 2020.

This was after the 45-year-old maternity and children units’ uncompleted buildings were declared unfit for purpose when they were subjected to a comprehensive risk assessment by some engineering companies. 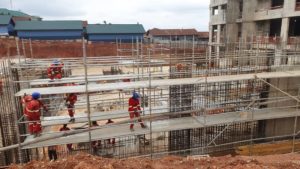 The buildings were subsequently demolished to make way for the new edifice currently under construction.

Speaking to the media during his visit to the site, Kwaku Agyemang Manu expressed shock over the pace at which the project is being carried out.

According to the Minister, he feared that the government could not complete the project on time and would be severely criticised by the public in the face of the challenges that have bedevilled the country. 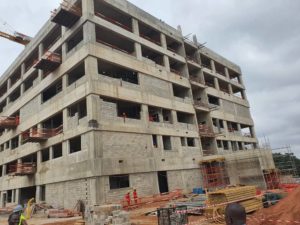 He said: “When I came to Okomfo Anokye I was a little taken aback because at the time we awarded the project to the contractor, there were a lot of challenges.

“The first project which is the 45-year-old building, which the president thought should be rehabilitated, the consultant we contacted came back and said the building would not be fit for purpose and that he fears for the lives of all who would even work on the building… 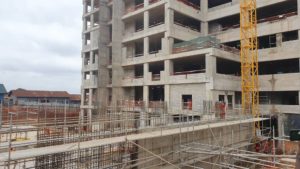 “We did estimates and the cost was rising astronomically and the money we were going to invest could demolish the building and reconstruct it. So we laid it before the President, and parliament and cabinet approved it…”

“We also implored the Asantehene to speak to the people on our behalf to bear with us that we would demolish the building and reconstruct it. When I heard of the demolishing I didn’t come here but I was apprehensive of the backlash we would receive if the work is not done. So when I came and saw it I was delighted,” the Minister added.

Kwaku Agyemang Manu is optimistic, however, that the project would be completed before 2024 due to the speed with which the work is being done.

Meanwhile, KATH’s maternity and children blocks are one among other construction projects he has inspected in the Ashanti region. 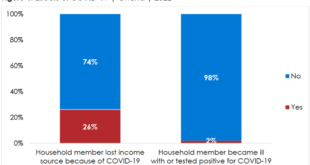