Breaking News
Home / BUSINESS NEWS / GUTA: Our Members Are Calling For A Demonstration Against Gov’t 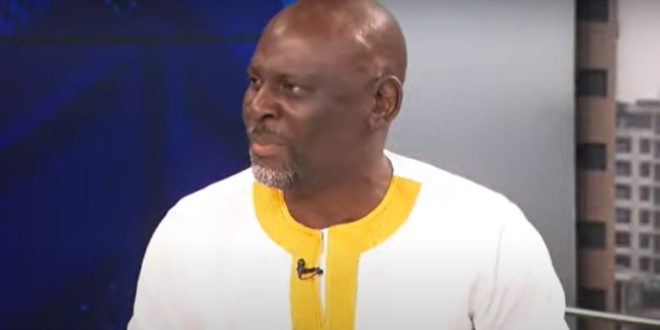 GUTA: Our Members Are Calling For A Demonstration Against Gov’t

The President of the Ghana Union of Traders Association (GUTA) has raised concerns about the depreciating value of the cedi and its effect on businesses in the country.

Speaking in an interview on The Probe on Sunday, Mr. Joseph Obeng stated that members of GUTA are calling for a demonstration against the government to that effect.

This, according to him is because “the exacerbating tension that is coming from the trading committee is huge.”

He added that they are at a point where “they believe that if nothing is done about their businesses, their businesses are going to collapse in perpetuity so they are calling for a serious demonstration.”

However, he stated that as leaders of the Association, they want to engage government to find out the challenges before taking an action.

“We want to engage government. What is the challenge? Government should let us know what the problem is so that we identify with them and know the input we can also make” he said.

Earlier, GUTA in a statement indicated that the “depreciation of the cedi against other major trading currencies is getting out of hand, and the increase in the monetary policy rate is also leading to high lending rate in the country.”

According to GUTA, as a result of the depreciation, businesses are at a point where their survival is seriously threatened.

“It could be recalled that since December 2021 when the dollar was 6.4 cedis, our working capitals have been depleted by 40%. Now that, the dollar has reached about 9.00 cedis, our worst fear is that we are now going to make Christmas orders from our suppliers, which may aggravate the situation.”

GUTA, therefore, called on the government to “as a matter of urgency, reconvene the Foreign Exchange Committee that was set up a few years ago by the Finance Ministry which involved all relevant stakeholders, to help find an immediate solution.”

According to GUTA, “If immediate remedial measures are not taken to control this alarming situation, we may be using One Million Ghana cedis to buy only One Hundred Thousand US dollars when the dollar reaches 10.00 Ghana cedis.”

“At this point in time, if nothing is done, speculations would be rife and serious panic will set in for people to invest in forex as a matter of security for their hard-earned working capital, thereby making control of such a situation difficult for the government,” they added.

I'm Adwenpa-Hene |Blogger & Broadcaster Journalist. I am the CEO and manager of this noble website. I publish on Entertainment, Sports, Politics, Lifestyle, and Technology. You can also follow Us on : YouTube Channel - My Ghana Media TV, Facebook - MyghanaMedia TV , Twitter - @MyGhanamedia2 & Instagram - My Ghana Media TV. Email Address: [email protected] Contact Us: 0200818719
@@MyGhanamedia2
Previous Suame: One Person Dead After Fire Gutted A Plastic Melting Factory
Next Your Exceptional Leadership In West Africa Appreciated By The US – US Ambassador To UN Tells Nana Addo