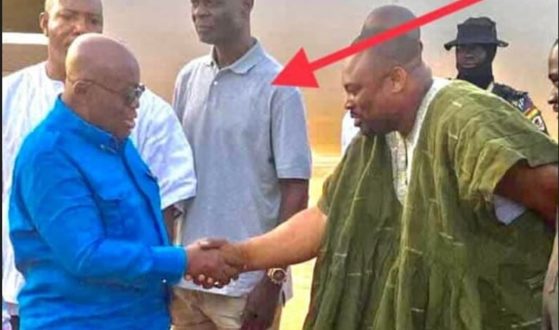 Police in the Northern Region are investigating an alleged assault on a female student of the University for Development Studies (UDS).

Sayiby Afa Yaba, according to sources is the President of the Tertiary Students Confederacy (TESCON) at Tamale Technical University. He is said to have condemned the attire worn by the Northern Regional Minister, Shani Alhassan Shaibu when he (Minister) welcomed the President into the Region on tour.

“I want to believe that our Northern Regional Minister didn’t bath before he came out,” Sayiby Afa Yaba wrote.

The female student responded that the comments on the post were in bad taste. 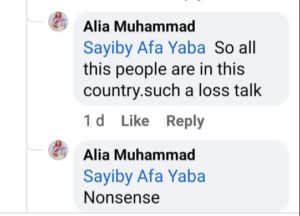 “So we [have] all these people in this country. Such a loss [loose] talk. Nonsense,” she commented. 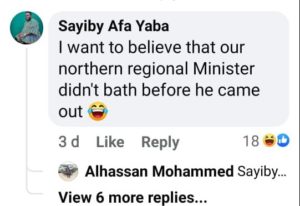 Our reliable  sources said the lady was later attacked by two unidentified men who questioned why she passed a comment under Afa Yaba’s post.

Information gathered indicate that Afa Yaba was therefore picked up by the Police in connection with the assault on the female student.

According to sources at the police command, someone reported the case behalf of the female student.

The victim (female student) is currently being treated at the SDA Hospital for injuries.

According to the source, Radio Tamale posted a picture of the Northern Regional Minister wearing a T-Shirt and sandals when he welcomed President Akufo-Addo.

This sparked trolls and ridiculing of the Minister’s dress sense.

According to sources, the female student’s life was threatened and she was warned not to comment on any debate in which Afa Yaba is involved.

Afa Yaba, the TESCON President has since been released on bail while investigations continue.

Meanwhile, social media has been flooded with comments about his arrest. While some have claimed that the arrest was ordered by the Northern Regional Minister, the Minister’s handlers on social media have refuted the claim.

I'm Adwenpa-Hene |Blogger & Broadcaster Journalist. I am the CEO and manager of this noble website. I publish on Entertainment, Sports, Politics, Lifestyle, and Technology. You can also follow Us on : YouTube Channel - My Ghana Media TV, Facebook - MyghanaMedia TV , Twitter - @MyGhanamedia2 & Instagram - My Ghana Media TV. Email Address: [email protected] Contact Us: 0200818719
@@MyGhanamedia2
Previous “We Thought We Are Bringing Jesus As M.P Not Knowing He Is Judas” – Oda Market Women Protests
Next NDC Youth Wing Threatens To Boycott NYA’s International Youth Day Celebrations