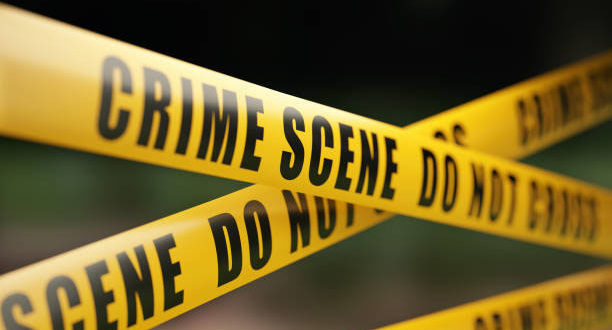 The District Chief Executive (DCE) of Abirem North, Raymond Nana Damteh, has refuted claims that some women with mental challenges were raped and killed under bizarre circumstances.

This is in contrast to claims made by Member of Parliament (MP) for the Abirem constituency, John Osei Frempong, that he suspects a ritual killing.

Expressing dissatisfaction with the acts, the legislator told Adom News that he finds it strange how the trio went through the same ordeal.

The three were all dumped in the community with parts of their body cut off.

But reacting to the claims on Adom FM’s morning show Dwaso Nsem Friday, Mr Damteh admitted there has been a murder, he cannot state whether their body parts were cut or they were raped as he is not privy to that information as DISEC chairman.

“I have no information that their body parts were cut. You can reach out to the family members and they will confirm to you that their bodies were not cut. As far as I am concerned, as DISEC chairman, I have no such information.

“It could be our MP was wrongly informed because everyone has their own way of telling stories anytime there is an issue. I can’t say the MP is lying but I have no such information,” he said.

On the way forward, Mr Damteh noted police checkpoints have been mounted on some flash points areas as they wait for national security to furnish them with the CCTV footage of the heinous crime.

“As DISEC chairman, we are making all efforts to retrieve the footage from the national security in Accra. From next week, we won’t allow any car that is not registered to enter the town after 7:30pm and we are working tirelessly to ensure that the culprits are brought to book and such incidents do not happen again,” he added.

I'm Adwenpa-Hene |Blogger & Broadcaster Journalist. I am the CEO and manager of this noble website. I publish on Entertainment, Sports, Politics, Lifestyle, and Technology. You can also follow Us on : YouTube Channel - My Ghana Media TV, Facebook - MyghanaMedia TV , Twitter - @MyGhanamedia2 & Instagram - My Ghana Media TV. Email Address: [email protected] Contact Us: 0200818719
@@MyGhanamedia2
Previous AGI : Bulk Importers To Be One Of The Hardest Hit By Ghana’s Poor Credit Ratings
Next Asanteman Walk For Alan Non-Political – Former MP Says