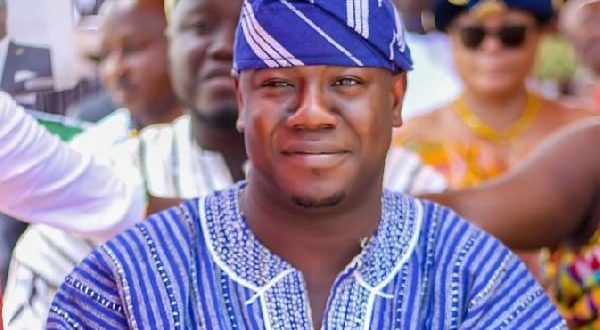 The member of parliament for Yendi and Chairman of the Ghana Integrated Iron and Steel Development Coperation (GIISDEC),  Alhaji Farouk Aliu Mahama says a statement by a leading member of the Alan Kyerematen camp, Hopeson Adorye, is a mockery of the fundamentals of the Dankwa-Busia- Dombo tradition.

He said such a comment is lethal and withers the growth of inclusion in the party and must be discouraged.

“His statement is a mockery of our founding ideals, that is, to build a political grouping of national character that lends, tout de suite, the liberty of inclusion at the pinnacle of the party in spite of the circumstances of your birth, creed, religious suasion or origin.”

He added: “The tradition has thrived on these tenets, endured all the political hostilities and persecutions in the pre and post independent era and has transmogrified to our the great NPP today. It is in the NPP that the son of a koko seller in the far hinterland of Yendi can rise up to be the running mate of his party and consequently Vice President of his country. That doctrine is what makes our tradition enduring.”

He said as a party, the least to do is to hold sky-high such ideals and guard them jealously.

“It is a sectional thought to seem to suggest that the Dombos of our trinity are comfortable and fit for perpetual Running Mate in our tradition. That prognosis in itself is defeatist, retrogressive and squanders the gains we have made over the years to disbuse our political ecosystem of such impression.

“That’s not the promise our founders toiled for.”

In 1996, after the Great Alliance of the NPP and PCP failed to secure electoral victory with then J.A Kufour and Veep Kow Nkensen Arkah as candidate and running mate respectively, the Southern-Northern or Northern-Southern configurations was adopted by the party.

In 2000, then flagbearer John Agyekum Kufour selected late Aliu Mahama as his running mate who together won the 2000 general elections.

The Southern-Northern pair has since been a permanent feature of the NPP with the two governments formed under the Fourth Republic, having a southerner as President and a Northerner as the vice.

On Saturday, August 13, addressing a pro-Alan loyalists after a health walk, Hopeson Adorye stated that it was time for an Ashanti to lead the NPP into the 2024 elections.

This he said is a laid down tradition of the Dankwa-Busia-Dombo tradition.

He also asserted that the Northeners who form the Dombo tradition of the party are good for Vice Presidential position of the party thus have always been given same in the two governments formed under the NPP in the Fourth Republic.