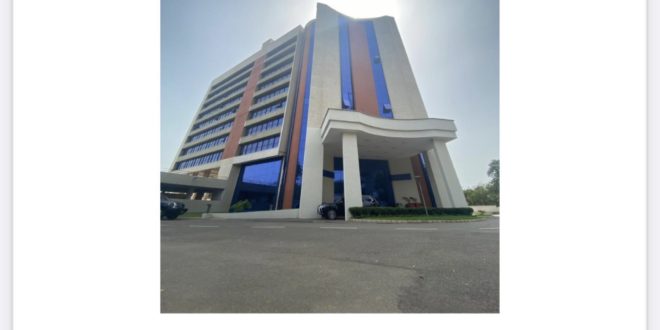 The Office of the Special Prosecutor (OSP) has furnished the public with cases which have engaged its attention so far.

These form part of the Office’s Half Yearly Report published on August 1, 2022.

In the statement, the OSP detailed its activities, innovations and steps taken to curb corruption-related offences in the country.

The list of ongoing investigations covered a wide range of incidents since the outfit’s establishment.

The act governing the Office of the Special Prosecutor Act, 2017 (Act 959) mandates it to publish, on a half-yearly basis, the list of corruption cases investigated and prosecuted by the Office and the number of acquittals, convictions and pending cases and the value of any recovered proceeds.

The Office of the Special Prosecutor (OSP), in line with Section 3(3) of the OSP Act, 2017 (Act 959), has released the Statutory Half Yearly Report on the activities of the Office to the public.

You can download a copy by clicking on the link below; https://t.co/A6z9qN6sDw pic.twitter.com/97tjKAgP9X

Below is a list of them as enumerated in its latest report.

Investigation into alleged bribery by Airbus SE, a European multinational aerospace corporation, in respect of the sale and purchase of military aircrafts for the Republic is ongoing. The Office is engaged with INTERPOL and the central authorities of the United Kingdom and the United States under the mutual legal assistance regime.

The investigation targets alleged corruption and corruption-related offences perpetrated by some officials of the Bank of Ghana, banks, specialised deposit-taking institutions, and financial holding companies.

Recruitment to Cadet Officers Training at the Ghana Police Academy

On 17 March 2022, the Special Prosecutor announced the commencement of investigation into suspected corruption and corruption-related offences in respect of the recruitment exercise of Course 51 of Cadet Officers Training at the Ghana Police Academy.

The investigations target specific cases of alleged corruption and corruption-related offences of the use of office for profit, abuse of office, abuse of power, favouritism, nepotism, victimisation and the selection of unqualified persons.

On 26 May 2022, the Special Prosecutor announced the commencement of investigation in respect of alleged improper acquisition of state protected land at the Achimota Forest enclave and the Sakumono Ramsar site by the deceased former Chief Executive of the Forestry Commission.

On 30 June 2022, the Office commenced investigation into suspected corruption and corruption-related offences in respect of a contract awarded by the Northern Development Authority to A&Qs Consortium
for consultancy services under the Infrastructure for Poverty Eradication Programme (IPEP), especially in respect of the quantum of the contract sum.

On 1 July 2022, the Special Prosecutor directed the Controller and Accountant General to immediately freeze payments arising from the contract.

The Office is also investigating seventy (70) other cases at various levels of consideration. These would be publicised if the Special Prosecutor determines that they are within the mandate of the Office and that they should be moved past the preliminary investigation stage.

This is a policy intended to protect the privacy of individuals and the business operations of institutions and companies, and to avoid unnecessary stigmatisation.