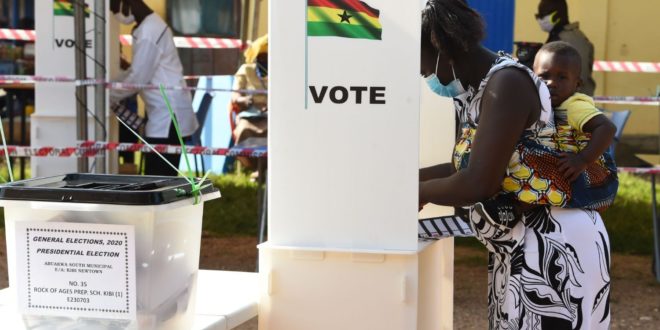 Potentially, Ghana is endowed with every resource, both natural and human, to develop to the level of any industralised nation on the globe. But since independence, we appear to be going round in circles, vis-a-vis socio-economic advancement to improve living standards of our people.

Our developmental agenda has been disjointed with blurred national vision. Since independence, we have compartmentalized our nation’s development along the limes of partisan political sloganneering and cacophonous ideological incoherence.

Our natural resources have not been put to good use, and potentials of our human resource, wisely tapped into. We are under the illusion that political power, instantaneously, transforms foolishness into wisdom, and opposition from wisdom into foolishness. Asuch, we have become accustomed to winner takes all mentality.

Politics, which in the real sense, should be about exploiting the nation’s resources for the benefit of the people, has become grounds for notoriously radicalised partisan contestations among abominably self-seeking vampires masquerading as angelic nationalists.

Our media, which is tasked with responsibility to educate, inform and educate, has been taken over by a bunch of lazy nicompoops. Their preoccupation is nothing but screaming headlines which are always bereft of facts and figures.

Instead of research-oriented journalistic practise, Ghana’s media houses are akin to circuses in their dying days, with ill-motivated clowns on display cracking despicable insipid jokes.

See also  Akufo-Addo To Ghanaians: Have Faith In Us

Ghana is the world’s second largest producer of gold but vaults of our gold reserves are virtually empty.

On the contrary, Britain, which has no history of gold mining, has gold vaults holding around 400,000 bars of gold, worth over £200 billion.

That makes the Bank of England the second largest keeper of gold in the world (the New York Federal Reserve tops the list).

Again, Ghana is the world’s second largest producer of cocoa but we export over 99.99% of the beans in it’s raw state and jubilate over $1b COCOA SYNDICATED LOAN annually.

However, a tiny European country as Belgium, without a single cocoa tree, rakes-in a whooping $5b from only chocolate, besides the much bigger revenues from other derivatives in the cosmetic industry.

Currently, Ghana produces about 300,000 barrels of crude from all our oil fields but not a teaspoon is refined here at home. All the crude is exported and we use forex to import finished fuel products.

In addition to this, are by-products as aviation fuel, kerosene, cooking gas, fertiliser and bitumen, which are all highly sought-after global commodities.

Effectively, after selling our crude oil in its raw state and using hard currency to import finished fuel products, we end up losing out on all the additional by-products.

The nature of our agriculture is what Dr Alex Ashiagbor, once governor of bank of Ghana, described as BY THE GRACE OF GOD AGRICULTURE, because it is100% dependent of rainfall pattern. When the rains fall or delayed, our planting season goes off-gear.

But we have these temperate regions of the global north, where the sun never shines and their fields are snow-capped for better part of the year, yet, they farm to feed themselves and have excess to give out as aid.

Without a doubt, the root cause of our chronic economic woes is purely structural and nothing else.

As we gear up towards 2024, the campaign will heat up. And my advice to Ghanaians is this: any person or group that come to solicit for your votes in 2024 with the usual mantra of “GOVERNMENT HAS DESTROYED THE ECONOMY THROUGH CORRUPTION AND INCOMPETENCE”, without cogent blue print with time-lines, to totally deconstruct the existing economic structure and rebuild it inline with contemporary geopolitical realism, please chase them out with stones and any other missiles you may lay hands on.

See also  Founders’ Day: ‘I Am Proud Of The Can-Do Spirit Of Ghanaians’ – Akufo-Addo

And my reason is simple: over the years, these marauding vipers masquerading as patriotic political actors, but in reality, are nothing but pure armed robbers, always take undue advantage of genuine sentiments of ordinary impoverished citizens for political power, just to come and loot state coffers with their families, friends and close criminal associates.

In other words, times are currently tough and Ghanaians are at their wits end but the solution doesn’t lie in the bosom of pure criminals with suger-coated words.

We must shine our eyes so that nobody, or, group of people, take us for fools, in 2024 and beyond.