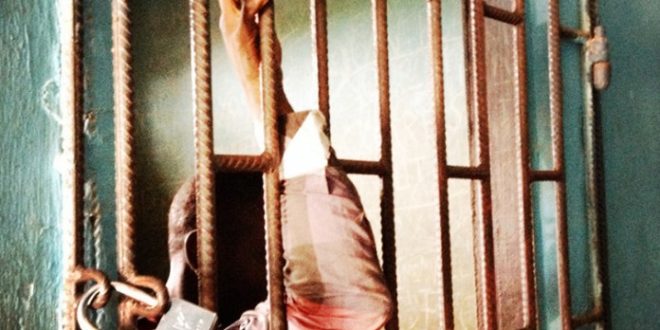 Three students including two candidates of the ongoing West Africa Senior Secondary School Certificate Examination (WASSCE) have been arrested by the Odumase Krobo Police in the Eastern region over theft.

The WASSCE candidates were picked up by the police at their examination hall after writing one of the subjects.

The three suspects (names withheld) have been accused of stealing two Infinix mobile phones and Ghc1,280 cash a day before the Electricity Company of Ghana restored power to the Krobo area.

The complainant, Eric Tetteh Boafo, a resident of Nuaso Odjam in Odumase Krobo narrated to Starr News that, “On the 18th of August, I returned from work around 8:00 pm. My wife had traveled. I left my three-year daughter for someone. Immediately I returned home went for her and sent her to bed I slept in the room for sometime around 9:00 pm I did a call which took me 1:52s then immediately after that call, I decided to bathe. I spent less than 10 minutes. Before I returned, two mobile phones – all Infinix Hot 12i and Hot 8 and an amount of money ghc1,280 were taken away. One of the phones was taken from the hall on the center table and then one of the phones was also taken from the bedroom then the money was taken on a bag placed on wardrobe. Before I went into the bathroom, there were two guys (the students) whom we stayed in the house but they were all outside in front of their rooms. The house is gated house with two ends structured like a compound house”

Mr. Boafo further explained that the students however denied knowledge of the theft when approached.

“So upon returning from the room I met these boys and told them my phones were missing so if they could give me their phones to call my number they told me their phones were off due to the light out.I have to rush to a nearby house to my brother but unfortunately his phone was also off so he took me to a place, a man gave us his phone after trying all two numbers all well off. …..ony way I met these two boys again they pretended as if they were also searching for the missing phones”.

The complainant reported the incident to the Police however initiated his own investigation.

He replaced his registered SIM card at the MTN office on August 24,2022 but noted Ghc26 worth of airtime have been used by the suspects.

He petitioned MTN office in Koforidua the Eastern Regional Capital to request for itemized bill to facilitate his investigation.

“Then this very Thursday, September 1, 2022 I was in Koforidua then I decided to go to the regional office so when I went to the regional office I lodged same complaint and they kept me waiting. So they said I should request for itemized bill. I did with my ID card then I was there then they gave me a sheet containing transactions that went on my line.

“When I came home, I detected five contacts. So these five contacts I quickly sent to my boys in the hood. Then they started using true caller. So upon true caller, we detected a name. Someone advised that if you want to know the details of a contact with images, etc you have to buy the premium of true caller so I sent it to a guy who bought it. So when you dialed the numbers given to me if the person’s number it will take you straight to the person’s social media accounts so you get to know his pictures.

“So the second number we entered took as to a WhatsApp status picture before then true caller gave us a certain name. The same number sent us to the WhatsApp profile picture then immediately I identified the face and that face was one of the first guys I met when I returned and realized my phone was missing. Then another number took as to one of the guys Facebook account. So we got his images. Then that person was also around us and was in the house that very day. Then another number out of the five -gave as nicknames and facia images of the suspects”.

The evidence was presented to the police which led to the arrest of the suspects on Friday, September 2, 2022.

“So I went back to the police to report. Before going to the police we were able to identify where these guys were schooling so two of the three were final-year students. In the next morning, around 10:00am we were in one of the secondary schools. Quickly after finishing the paper, the prime suspect we picked him in the exams Hall immediately after the paper ended. Then we moved straight to the second person to pick him as well. Third person was also picked”

The students admitted the offence but said one of the phones had been sold as Somanya whilst the other has flashed.

The suspect students were bailed by their parents the next day.

The parents entered agreement with the police to pay for the cost of the stolen items within a month.