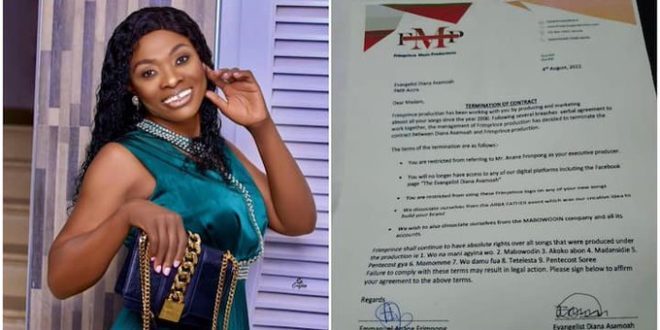 She has, however, contested Frimprince’s decision to take over nine of her hit albums.

In the contract termination document shared on social media, by her former management, Frimprince was to take over the rights of the said productions.

“Frimprince shall continue to have absolute rights over all songs that were produced under the production,” the signed document dated August 4, 2022, read as the records were listed. 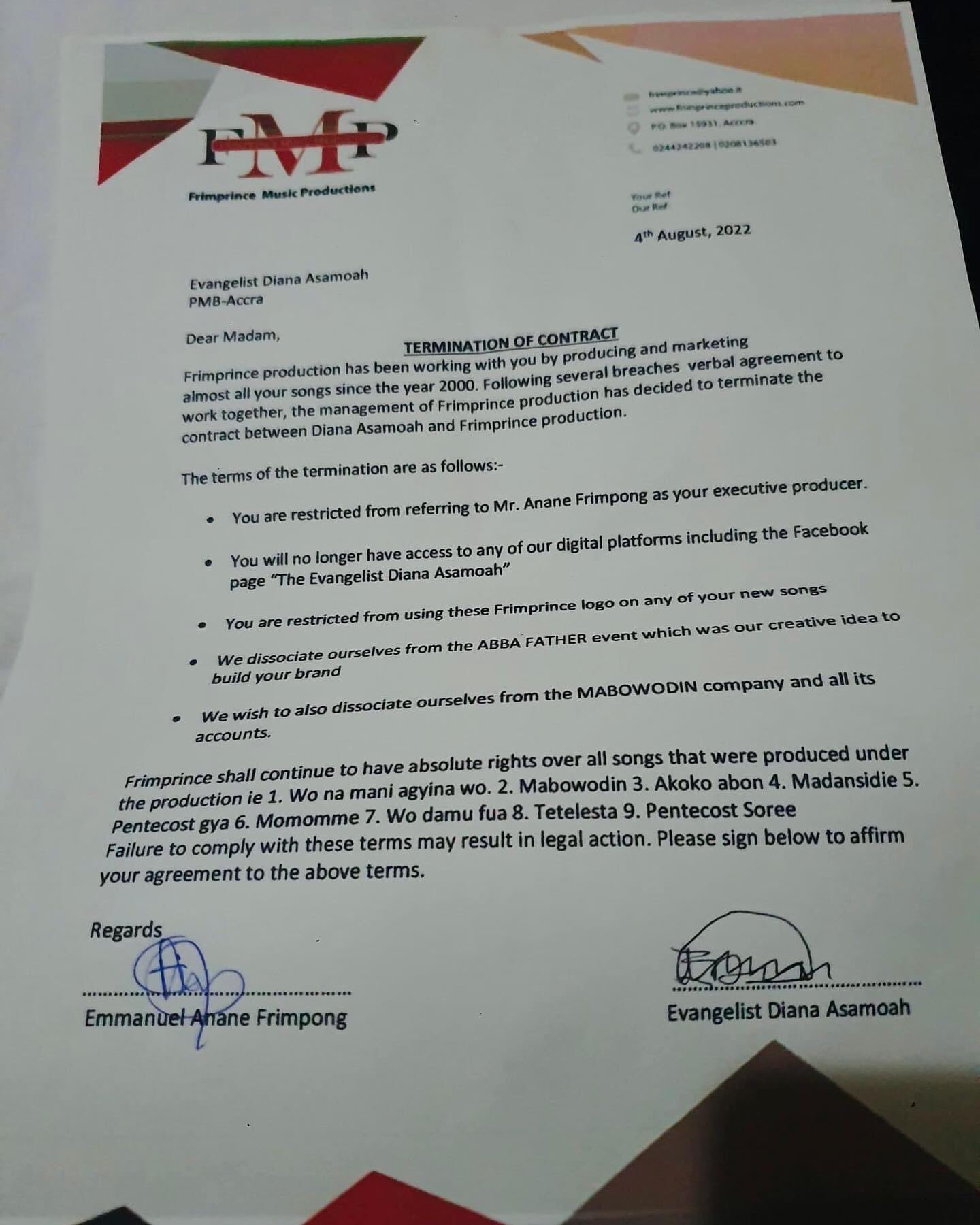 The popular singer in her response hours after the termination was made public has directed his former producer to contact her songwriter Pastor Simon Boama to reach an agreement on his decision to own her major albums which he produced between 2000 to 2019.

“With reference to the conclusive part of your letter I plead to differ, any future issues with regards to me (Evangelist Diana Asamoah) using the songs, remaking or remixing them should kindly be channeled to Pastor Simon Boama the writer and author of the songs,” read parts of Diana’s letter. 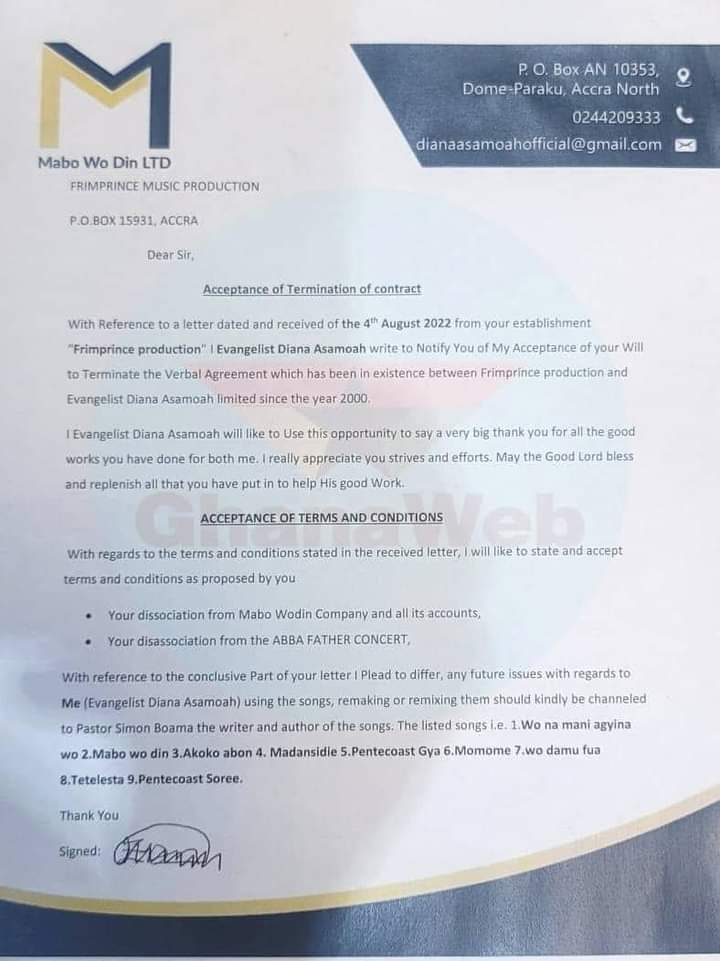 Evangelist Diana Asamoah began her musical career in the mid-’90s when she met Rev. Simmon Yaw Boamah in Kumasi.

They came out with her first album “Wo na Mani Agyina wo.” That was when they were introduced to Mr. Anane Frimpong of Frimprince Music Productions who decided to take her on board.

See also  No One Shall Stand Against You – Diana Asamoah Endorses Alan For 2024?

The two have for the past decade dominated the local gospel music industry with her scintillating and soothing music.

Evangelist Diana Asamoah has so far, released 6 albums including, “Mabo wo Din”; a song dedicated to Mr. John Agyekum Kufour (President of Ghana,2002), “Pentecost Gya”; which topped the Music Charts for months, “Gospel Old Tunes 2”, “Madanse Die” and the latest one, “Pentecost Soree Nwom”; which is leading music charts in Ghana now.

In rising to the pinnacle of achievements, her hall of fame is replete with many laurels. She organized the first Africa worship concert in Italy. In 2008, she received numerous honors and accolades for her contribution to the gospel community.