Breaking News
Home / GENERAL NEWS / If There Is Proof To Expose Any NDC MP Engaged In Galamsey, I Will Do So – North Tongu Lawmaker 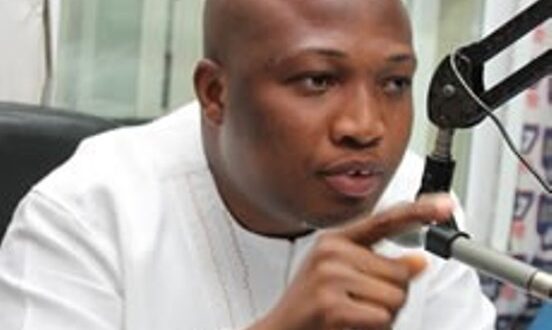 If There Is Proof To Expose Any NDC MP Engaged In Galamsey, I Will Do So – North Tongu Lawmaker

The  Member of Parliament of  North Tongu, Samuel Okudzeto Ablakwa, says he will expose any NDC MP found to be engaging in illegal mining popularly known as galamsey in the country.

Mr Ablakwa said if that is what will help salvage the canker, then he is all for it.

However, the Ranking on Parliament’s Foreign Affairs Committee will only do when there is enough proof.

Contributing to a discussion on Citi TV on Wednesday, September 14, the outspoken lawmaker said he will not shield any NDC MP found culpable.

“If there are NDC elements who even are still serving as Members of Parliament with us and there’s proof to expose them so that we will be safe so that we can live, why not.”

“I am not going to waste my time trying to defend anybody,” he added.

According to him, “This matter for me goes beyond cheap partisan points scoring.”

Can my good friend Hon. Kojo Oppong Nkrumah reconcile this with his Goebbelian theory of REPATRIATION? pic.twitter.com/pRoznVxyJ3

The matter of galamsey has become topical in the country following the re-arrest of the Chinese galamsey queen, Aisha Huang.

Following her re-arrest some weeks ago, Aisha Huang’s return to the country has been a subject of controversy.

President Akufo-Addo has a course to doubt if she was indeed deported from the country.

However, the Information Minister, Kojo Oppong Nkrumah has clarified that the notorious Chinese illegal mining kingpin was repatriated from Ghana in December 2018 and not deported.

He further insisted on Joy FM on September 13 that a repatriation order or note was issued to this effect.

But the prosecution said the accused sneaked out of the country after her initial arrest.

Aisha Huang, according to the D/Inspr Eric Osei-Mensah, then re-entered in a similar fashion this year.

This was after she changed the details on her Chinese passport to aid her to evade the authorities.

“The 1st accused again resumed the small scale mining activities without a license and together with the 2nd, 3rd and 4th accused persons engaged in the purchase and sale of minerals in Accra without valid authority granted as required by the Minerals and Mining Act,” portions of the charge fact sheet read.

I'm Adwenpa-Hene |Blogger & Broadcaster Journalist. I am the CEO and manager of this noble website. I publish on Entertainment, Sports, Politics, Lifestyle, and Technology. You can also follow Us on : YouTube Channel - My Ghana Media TV, Facebook - MyghanaMedia TV , Twitter - @MyGhanamedia2 & Instagram - My Ghana Media TV. Email Address: [email protected] Contact Us: 0200818719
@@MyGhanamedia2
Previous “If Government Has To Be Blackmailed To Do The Right Thing, So Be It”- Sagnarigu MP
Next NDC Sets Date For Elections Of National Executives